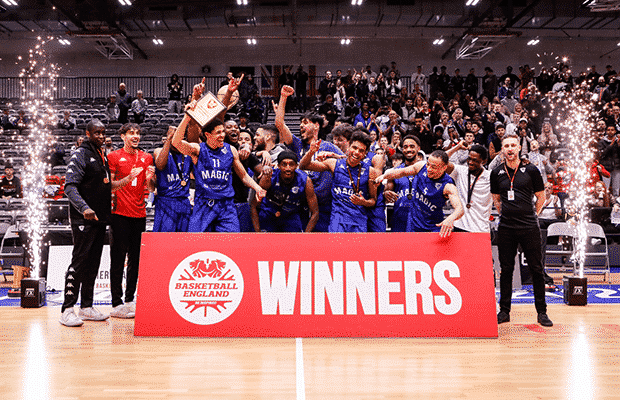 A Ben Brown three pointer with 21 seconds remaining gave Manchester Magic an 88-87 win over Team Solent Kestrels II to claim the 2022 NBL Division 2 Men’s playoff title on Saturday at the NBPC in Manchester.

The teenager came up clutch when it mattered most, as Magic came from behind to force OT on a 15 footer from eventual MVP Pharroh Gordon, who finished with 28 points, 12 rebounds, 4 assists 3 steals, and 2 blocks.

Team Solent Kestrels were led by 19 points and 8 rebounds from Earl Thompson and 15 apiece from Elias Poorman, Sam Akano and Greg Durand.