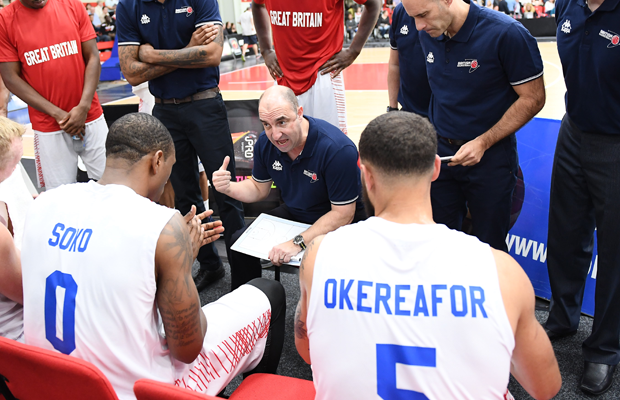 Great Britain have announced a 12-man squad for the upcoming FIBA World Cup Qualifiers including the return of Justin Robinson to the Senior set-up.

The experienced point guard has been out of the GB fold in recent years due to injuries and personal reasons, but is included by Head Coach Tony Garbelotto having impressed in the BBL.

Gabe Olaseni is included in the squad again having had to miss the first international window with Ovie Soko looking to continue his good form this season.

Myles Hesson announced he will miss the rest of the season, while Kofi Josephs, Rob Gilchrist and Carl Wheatle the other omissions from Garbelotto’s first squad back in November.

“We were pleased with how we competed in those first games in the last window, but we were obviously disappointed to have ended up dropping two games that we could have won,” stated Garbelotto.

“Our main aim coming out of that opening window was to consolidate and strengthen in terms of our roster and I think we have now done that with the likes of Gabe [Olaseni] and Justin [Robinson] coming in.

“Even with the disappointment of Myles [Hesson] missing out through injury, I feel very strongly that this is one of the better groups we have assembled since London 2012.

“I’m excited, since I think that as a group, we have the capacity to really challenge Israel and Greece. We can’t wait for the games to come.”

GB are currently 0-2 with their next games on the road against Israel on February 23 before facing Greece two days later on February 25.