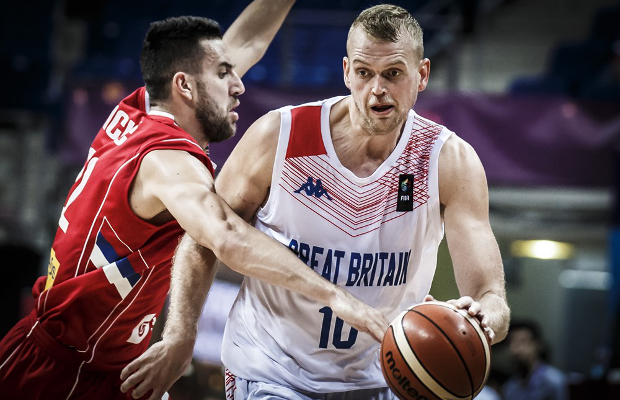 Nine of the 12 that represented GB at EuroBasket 2017 have been called up, while there are returns to the squad for the quartet of Myles Hesson, Ovie Soko, Robert Gilchrist and Will Saunders.

“I am keen to get started on the new era for British Basketball,” said Garbelotto.

“This promises to be an exciting few days working with some very talented players, which will showcase the increasing depth within the British game.”

There is a new name in Tarik Phillip included in the initial 15 players with the Brooklyn-born guard currently playing in Hungary having graduated from West Virginia earlier this year.

Carl Wheatle – who was originally chosen to play at EuroBasket 2017 – has recovered from the injury that ruled him out of the tournament and is already back playing for Italian side Biella.

Four players in the squad – Dan Clark, Gabe Olaseni, Luke Nelson and Ovie Soko – are currently plying their trade in Spain’s top-flight ACB with Soko also competing in the Basketball Champions League, while Andrew Lawrence is playing in the FIBA Europe Cup with Sigal Prishtina.

Myles Hesson has been training with BBL’s Leicester Riders to continue his rehabilitation from a fractured tibia which ended his 2016-17 season and prevented him from joining up with Nanterre – who he had signed with ahead of the current campaign.

Despite hope from some fans of a return to the GB set-up for Joel Freeland, the 2012 Olympian remains an omission along with Luol Deng, who is currently in-season with the LA Lakers.