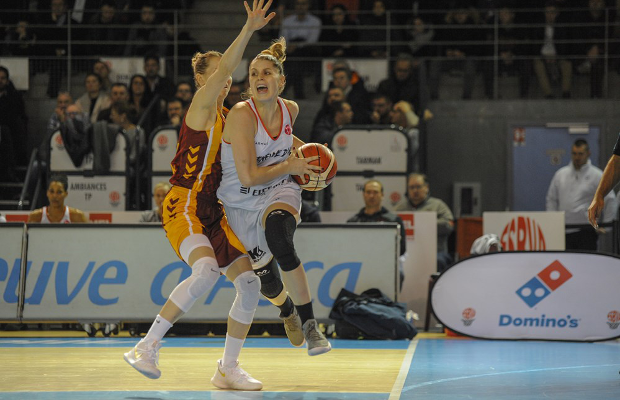 The GB international put up 20 points along with 10 rebounds, five assists and three steals in a 76-62 victory over Galatasaray which earnt the French side a place in the EuroCup Women quarter-finals.

ESBVA-LM finished with a 5-9 record in Group A as they secured one of the two places into the last eight of EuroCup Women – ending up in sixth in the eight-team group.

Leedham saved her season-high in points for their final game and averaged 9.6 points, 5.7 rebounds and 3.5 assists per game in the Regular Season.

ESBVA-LM drop into EuroCup along with Galatasaray and two other clubs from EuroLeague Women as they await Friday’s last eight draw.

Meanwhile, Temi Fagbenle ended her European campaign with 13 points for CCC Polkowice as they fell to an 83-73 loss at Dynamo Kurks – who went 14-0.