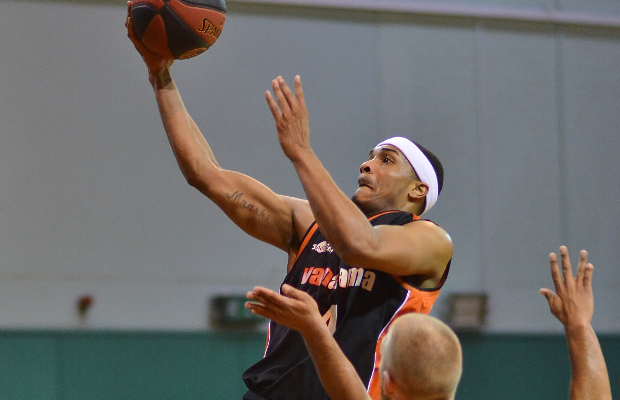 Hemel Storm will face Manchester Magic in the 2018 National Cup final after coming through their home semi-final on Saturday.

AJ Roberts led the way with a 26-point haul to help his side secure a 103-86 win over Loughborough Student Riders.

The hosts edged a high-scoring opening period before pouring in 31 points in the second to take a 59-46 advantage into the half-time break.

Hemel increased the gap to 18 ahead of the final quarter and were able to wrap up the win to reach their first-ever Cup final.

David Ajumobi added 19 points and 10 boards with Wayne Yeboah scoring 16 off the bench, while Bode Adeluola handed out 12 assists.

7 Years later and @hemelstorm are in a Division 1 National Cup Final. So pleased for all involved with this club. S/O @ajukobe, @Aj_robs and @VanimalChannel, they played their heart out tonight! Onto the finals.

Sesan Russell led Loughborough with 17 points and they have a BBL Trophy quarter-final to look forward to this month when they host London Lions.

Meanwhile, Magic will have the chance to re-claim the Cup title having last won the competition in back-to-back years in 2015 and 2016.

Paul Middleton’s side booked their spot in the final almost a month ago after Stefan Gill netted 25 points in a 74-80 success at Solent Kestrels.

The 2018 final will take place on Sunday, January 21 with Storm and Magic battling for the title at UEL Sportsdock.