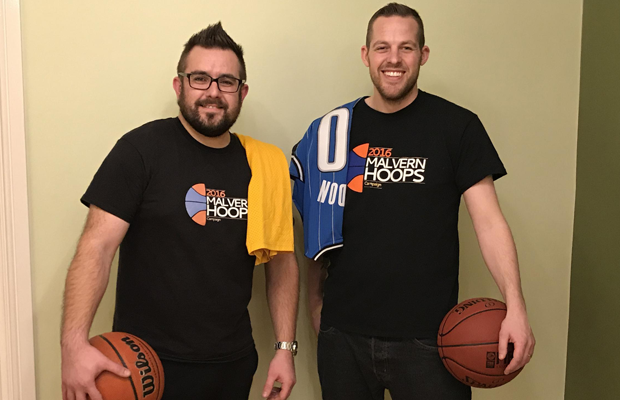 A grass roots campaign set up almost two years ago to bring some of the best outdoor basketball courts in the country to Malvern, Worcestershire, has been successful in its efforts.

Hoop heads Jon May and Tom Bennett launched the Malvern Hoops campaign in May 2016, with a dedicated website and social media profiles, calling for brand-new outdoor basketball courts after the deterioration of their local hoops at Victoria Park.

Huge News! The Malvern Hoops Campaign as secured funding to build two new Basketball Courts which will be some of the best outdoor community facilities in the country! #Basketball #MalvernHoopd #GBBasketball #NBA #TheBBL https://t.co/PraQzIRdUA https://t.co/IwDBZmGnej pic.twitter.com/W0QvYEmgDI

Malvern Town Council members voted unanimously last month on approval of the £18,000 project, adding to £50,000 of Section 106 money, with the campaign needing to raise a further £5,000 themselves, which they will do with a series of fundraising events and ‘Malvern Hoops’ clothing.

“We are absolutely thrilled with the outcome and can’t thank the council enough for supporting our campaign,” May told the Malvern Gazette.

The two renovated basketball courts will be fitted with 4 ultimate goals and a superior ball bounce and grip surfacing.

The success of the Malvern Hoops campaign is testament to the power of pro-active members of the British basketball community trying to affect positive change, and we hope it inspires others to launch their own efforts.