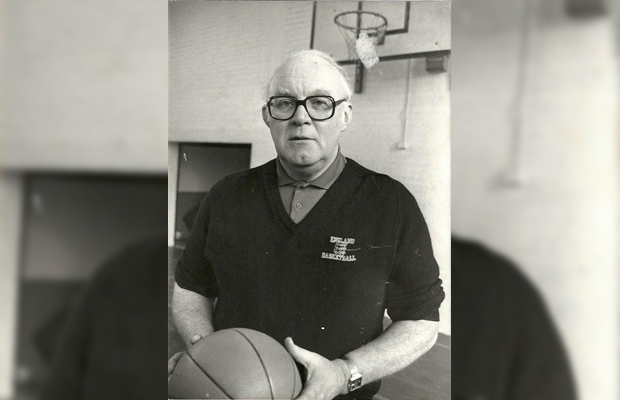 British basketball coaching legend Humphrey Long has passed away at the age of 85 (1932-2018).

Long is most well known for his work setting up the legendary East London Royals basketball club, a programme that won 44 National Age-Group Championships, and were runners up 29 times for a total of 73 finals appearances.

Not just dominant at the club level, he was a PE teacher at Raines Foundation school in Tower Hamlets, where the basketball team was also a powerhouse, winning 14 national titles, including a year where they swept the U14, U15, U17 and U19 age groups.

He had a sports hall named after him at Raines following his retirement in 2002, having taught/coached there for nearly 40 years, after being appointed Head of PE in 1963.

He coached both basketball and athletics, and includes GB Olympic triple jumper Phillips Idowu , who penned this tribute to Long in 2008, amongst his former student-athletes.

Long’s international career began as an England Under-15s assistant to Norman Abbott in the 1969-70 season, before becoming assistant to Morris Wordsworth with the Under-19 team, and then to Len Hoy. He ended up taking over the Under-17s as Head Coach from Peter Mintoft.

He was also a significant figure with the English Schools Basketball Association, beginning his work there in 1962 before being appointed Vice Chair in 1974 and Director of Coaching in 1990.

Humph developed countless international players throughout his career, and was one of the forefathers of the sport in England. In his later years, he was one of the sport’s most notable collectors of basketball historical information and data around the English game, working on a number of documents that Hoopsfix hopes to help publish posthumously.

We lost a true legend of British basketball today. RIP Humph Long, a man who gave so much to the sport. I never had the pleasure of playing for him but after every game I played against him he took me aside and gave me great advice

Such sad news. Humph gave me my first Internatiional selection as a schoolboy. One of the few great basketball people who taught so many so much. RIP HUMPH and THANK YOU.

Sad to hear that British basketball stalwart Humph Long passed away today. Did so much for the sport on and off the court.

@BasketballWales tonight was probably the toughest game I've coached, just emotional coaching in memory of a coaching idol, Humph Long. He was a mentor to me and many others, tonight's win was for you Humph.Thank you to the players and coaches for supporting me – it's appreciated

Rest in Peace Humph Long. One of the few legends in school sport in East London.Had the pleasure of playing against one of his outstanding East London Royals teams as a player then later coaching against him.He had such a positive effect on so many and will be truly missed. #RIP pic.twitter.com/GmjD4ocjxD

RIP Humph Long. You impacted the lives of so many, I am thankful for the trajectory you helped put my life on, the way you showed us how 🏀 could open so many doors for us. Thank you for being a coach and a Mentor. #legend

A legend of basketball in UK and a true east london godfather of the game. Gave his all to make a difference to young peoples lives. Many happy memories of watching, and playing for & against the mighty #EastLondonRoyals and will be missed by many #humphlong #selfless https://t.co/Jt65jLzcp9

Humph helped Hoopsfix on numerous occasions behind the scenes and was a long time supporter of our work. He will be greatly missed and we send our thoughts and condolences to his friends and family.