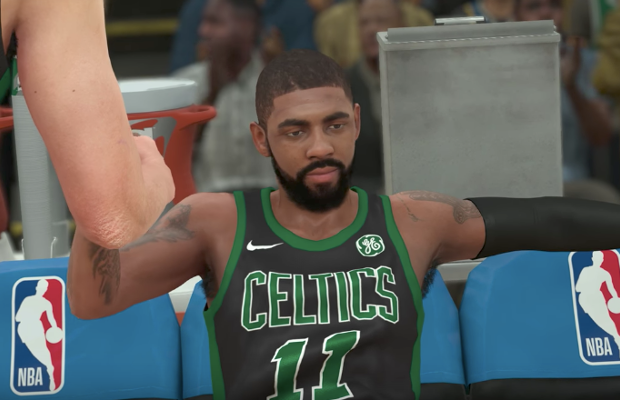 With the NBA season back in full swing, NBA 2K18 is perfect to help keep you up for those late-night, early-morning tips.

Once again, you can act out the night’s schedule in the Play Now ‘NBA Today’ feature, which doubles up as a informative tool with the latest NBA results and leading scorers displayed.

One of the biggest inclusions is the creation of the ‘All-Time’ Teams for all 30 franchises giving you the chance to battle out for the claim of ‘best team in history’.

Unfortunately, there are a few notable absentees with Reggie Miller and Charles Barkley not included on the game for various reasons.

Luol Deng makes the cut for the Chicago Bulls with a rating of 86, while his 2K18 rating with the LA Lakers has been further downgraded to 73. London-born rookie OG Anunoby is currently rated at 71 on the Toronto Raptors roster.

The move comes following on from the ‘Classic Teams’ that have been continually added to in recent years with the total number now standing at 62, ranging from the ’64-’65 Boston Celtics to the ’15-’16 Golden State Warriors (minus KD).

On the flip side, the biggest omission sees the removal of European teams. 2K had been steadily increasing the number of teams with 21 featured in 2K17. The international mode has also been removed with USA and Australia involved last year following on from the 2016 Olympics.

The shooting bar has had another change which allows you to see the timing for each individual shot, as well as the success rate in a move that should help those new to the game.

One major issue in the gameplay is how nearly every player developed the tendencies of going too strong with lay-ups around the basket.

Career Mode. This time, 2K have moved away from the path through college as your journey begins in tryouts with the aim of being scouted by an NBA team. From there, you need to impress and earn your minutes in order to make your way up to becoming an NBA superstar.

Note – Once again, you’re going to have to be patient with those story modes with no skip option available.

MyGM: The Next Chapter: This feature has undergone some changes. It has followed MyCareer in terms of creating more of a story mode element and you can do so much more behind the scenes with a new Analytics Tool option. The G-League has been implemented to allow you to send/sign players as well as introducing ‘Two-Way contracts’ to make the experience that more realistic.

The ever-popular MyTeam feature in which you collect cards in order to create the best possible roster has added ‘Pack and Playoffs’ and ‘SuperMax’ modes to the game this year: