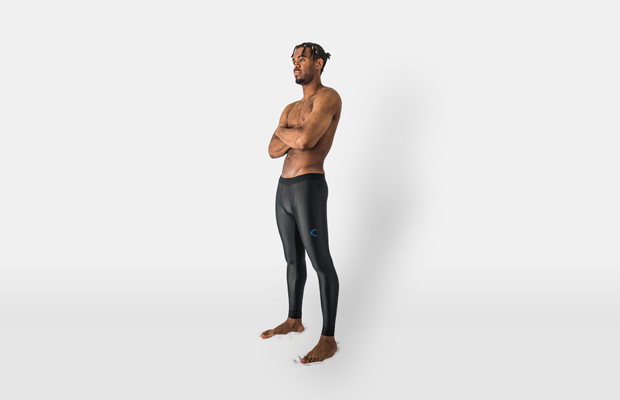 London Lions’ Will Hall has today announced the launch of his own compression clothing line with a uniquely British twist, Cove Compression.

His line of compression clothing is specifically designed for British basketball players and has been designed, tested and supported by pro British players, aiming to offer a homegrown alternative to the traditional American brands that dominate basketball across the UK.

Originally from Sheffield, the former England Under-18 and Great Britain Under-20 was in the UK for the majority of his junior development, playing for Sheffield Junior Sharks, before doing a year at Prep school then returning to England for his degree at University College London. He turned pro in 2014, first playing for Leeds Force, before moving to Glasgow and then doing a stint in LEB Silver in Spain before returning back to the UK for this season with the Lions.

“We’re really excited to launch Cove Compression for the start of the new season,” Hall said.

“The quality of the clothing is brilliant, it offers a comfortable and compact fit with a simple, sleek design, which I think players will really like. I’ve loved playing basketball in the UK from a kid in a driveway to a professional in the O2 and I wanted to make something players in the UK would be proud of.”

A little preview of our blue trim shorts, going on sale this coming Tuesday. Follow us to keep up to date with the launch. pic.twitter.com/NnkyGgKeFG

Hall, with his extensive network of relationships across the British basketball community, has launched with the endorsement of a myriad of British stars playing professionally in this country and abroad – including likes of Carl Wheatle, Tayo Ogedengbe, Jamell Anderson, and Orlan Jackman.

There are 580 pieces of compression in the initial limited release where shorts and tights will both be available in two different styles. Each piece will be uniquely numbered and labelled so you know which of the 580 you own.

Cove Compression is available exclusively from www.covecompression.com, where the shorts cost £16.99 and the tights £23.99 – in conjunction with Hoopsfix, we have some free gear to giveaway – find out more here.