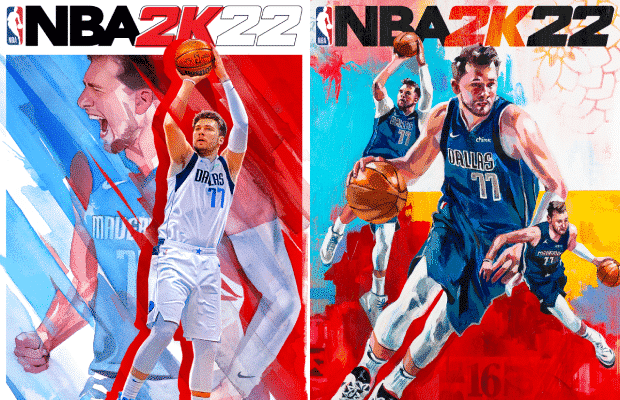 Slovenian superstar Luka Doncic has been revealed as the global cover star of NBA 2K22, it was announced today.

The 22-year-old becomes the latest cover athlete on the Standard Edition – and Cross-Gen Bundle – of the NBA 2K video game series, and first European player since Giannis Antetokounmpo was the face of NBA 2K19.

“Making the global cover of NBA 2K22 is special for me,” said Doncic. “I’m proud to represent my country in a special cover that honours the colors of the Slovenian flag. Basketball has given me so much, and I’m excited to give back and work together with 2K Foundations this year to help the lives of young kids around the globe.”

Meanwhile, Candace Parker becomes the first female cover star of NBA 2K with a special edition in North America with Rui Hachimura on the front of a special version of the Standard Edition in Japan.

All editions of NBA 2K22 are currently scheduled for worldwide release on September 10, 2021 and are available for pre-order today from Amazon.

The Standard Edition will be available for £59.99** on previous-gen platforms (PlayStation 4, Xbox One consoles, Nintendo Switch, and PC) and £64.99** on new-gen consoles (PlayStation 5 and Xbox Series X|S); The Cross-Gen Digital Bundle will be available for £74.99** and grant players access to the Standard Edition across previous- and new-gen within the same PlayStation and Xbox consoles;
NBA 2K22 NBA 75th Anniversary Edition will be available for £84.99** for PlayStation 4, PlayStation 5, Xbox One, Xbox Series X|S, Nintendo Switch and PC. Dual-gen access is included for both the Cross-Gen Digital Bundle and NBA 75th Anniversary Edition for the PS4/PS5 and Xbox One/Xbox Series X|S platforms and provides a version of the game on each console generation within the same console family. The NBA 75th Anniversary Edition for Nintendo Switch will only be available on digital format in the EMEA region.