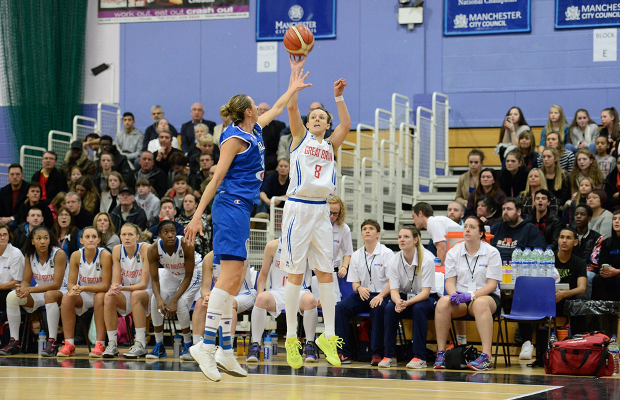 Team Northumbria have pulled off a huge signing after announcing the capture of GB Senior forward Chantelle Handy.

The 2012 Olympian brings a wealth of experience of playing around Europe and becomes the latest GB player to join the WBBL.

“Chantelle has been training with us for the past few weeks and played a major role in pre-season,” explained TN Head Coach Chris Bunten.

“But it is only in the last few days that she has signed on the dotted line and committed to Northumbria for the 2017/18 season.

“I was always hopeful that if she did decide to play in the WBBL that she would play out of Sport Central.

“But nothing is ever certain and I’ve just been keeping my fingers crossed that we could do the right deal for everybody.

“I have to thank everyone at Northumbria University Sport for making this happen. It’s a huge coup for TN but also for the WBBL.

“The league can only benefit from players like Chantelle bringing in all of their skill and experience.

“She is a leader on court and an inspiration off it and we’re very excited to see what she can bring to TN this season.”

Check out Handy in action against Italy in the EuroBasket Women qualifiers: