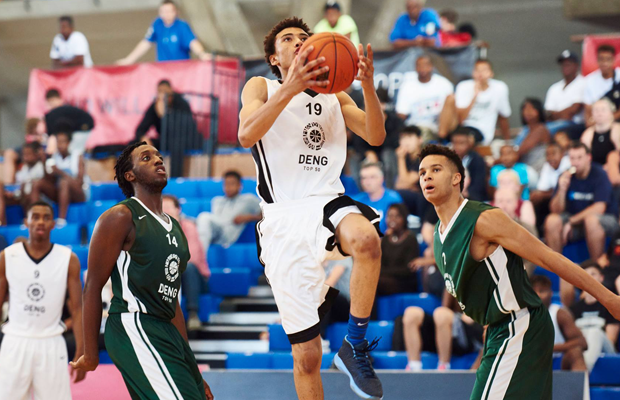 The official top 50 list for the 2017 DENG CAMP UK has been released, ahead of the four day camp taking place from 23-26 August at Crystal Palace National Sports Centre.

Luol Deng’s camp is returning for its fourth year since the reform into a top 50 ranking format, focusing on the highest level of players playing in the UK this season that are currently still to confirm their basketball commitments following high school education.

The four-day camp will culminate in an All-Star game, where the Top 20 players on the camp battle for the final bragging rights of the summer, on Saturday 26th August at 3:30pm (free entry).

“Firstly, I want congratulate all the players who have been invited where we are excited to see the new talent coming through,” said DENG TOP 50 Camp Director, Steve Vear.

“A special thank you goes to the selection panel who have worked so hard over the last 4 months to narrow down the list to just 50 players. It’s getting harder and harder each year which is testament to the depth of talent across the UK.

“This year, again, sees players from all across the UK, with three kids from Scotland, and two from Wales which is great to see!

“It’s crazy to think we are entering our fourth year for the Top 50 format and we can’t wait to get back to it. We will continue to elevate British Basketball with an intense 4-day camp finding out who will be crowned the #1 ranked player.”

The eligibility for the 2017 camp was based around players who were classified as Class of 2018 and younger, 19 yrs old or younger whilst on the camp, not playing in the USA (or have an existing US scholarship) and if not playing in the UK, then must be a British Passport holder.