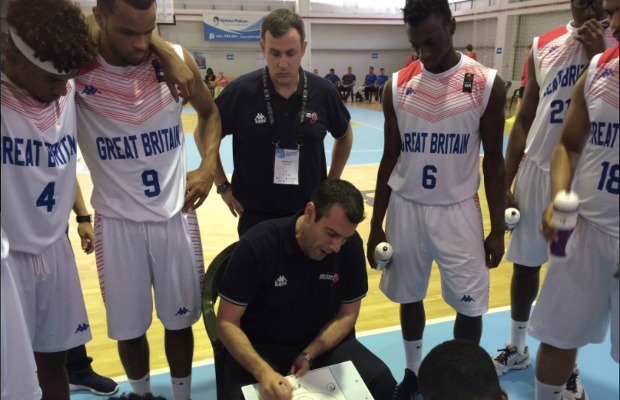 Great Britain Under-20s fell to a 65-74 loss against the Netherlands, despite a resilient fightback in their European Championships opener in Oradea, Romania, on Friday.

Andreas Kapoulas’ side – who went 2-3 in prep – had a 10-point lead early on, but ended up having to battle back from 22 points to set up a tense finish.

Akwasi Yeboah opened the scoring with a baseline jumpshot before Wheatle scored eight points to help GB into a double-digit lead at 15-5. GB maintained their control by the end of the first, but their 21-13 advantage was quickly wiped out in the second.

Netherlands moved into the lead with a fast start and although Adamu levelled at 25, GB struggled to contain their opponents as they fell 23-39 behind following a 26-4 spell.

GB conceded 30 points in the second period, whilst being held to single figures themselves as they headed into the half-time break trailing 30-43.

Wheatle moved into double figures early in the third, but the gap continued to increase with the Netherlands carrying forward their momentum as their lead passed 20 points.

GB’s deficit peaked at 22, but they rallied with an 11-2 close to the third including five points for Yeboah as they made it 48-61. The comeback continued with a determined 11-4 start to the final period with the gap down to six past the mid-point.

However, that was as close as they were able to get in the final stages as the Netherlands closed out the victory.