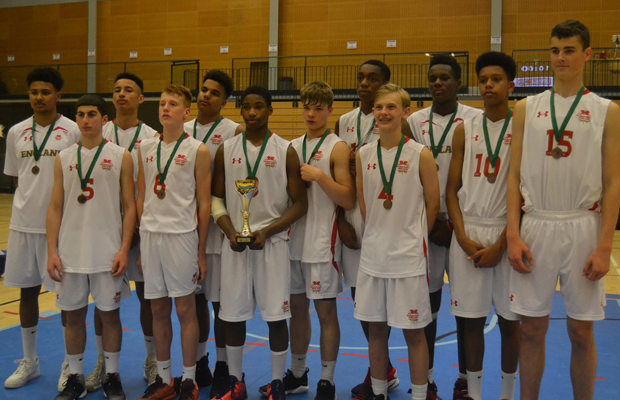 England Under-15s returned from Copenhagen with a third place medal after defeating Sweden 80-57 in their final match-up on Sunday in Denmark.

After going through the group stages undefeated with wins over Malbas of Sweden (82-56), Iceland Blue (72-50) – who they overcame with just 8 players due to a bout of food poisoning spreading across the team – and Denmark Red (90-78), England fell to Estonia 83-68 in the semi-final to set up a bronze medal game with Sweden.

Meanwhile, Ipswich’s Veron Eze impressed enough to make the All-Tournament team, despite missing a game with an achilles issue.

Here is Head Coach Manuel Pena Garces speaking after their win over Denmark:


And player Malachi Boakye-Yiadom after their Denmark victory: