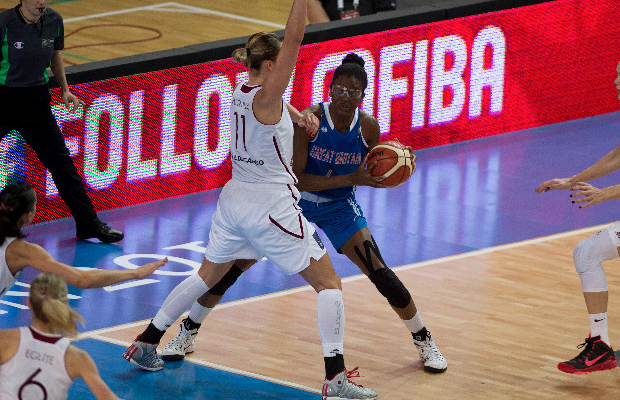 Temi Fagbenle will become the second Brit to play in the WNBA after making Minnesota Lynx’s final roster for the 2017.

The 2012 Olympian was the 35th overall pick in last year’s draft before deciding to complete her master’s degree in strategic public relations at the University of Southern California.

Fagbenle averaged 13.2 points in 87 games at Harvard University and spent the final year of her eligibility at USC prior to entering the 2016 WNBA Draft.

Making @TemiFagbenle the first Brit on a regular season @WNBA roster since Andrea Congreaves in 1999. Proud of you, Temi. #wnba https://t.co/FmaMM8Os4Y

Andrea Congreaves was the first Brit to play in the WNBA; spending three seasons in the league from 1997-1999 with Charlotte Sting and Orlando Miracle – scoring exactly 500 points.

Fagbenle’s GB team-mate Jo Leedham was the last Brit to have been drafted in the WNBA after being selected by Connecticut Sun in 2010 and passed on her congratulations this morning.

Fagbenle finished with eight points and three rebounds in 19 minutes of a 74-59 pre-season win over Washington earlier this week.

And, the GB forward could be in line to make her WNBA debut this Sunday as Lynx take on Chicago Sky in their regular season opener.