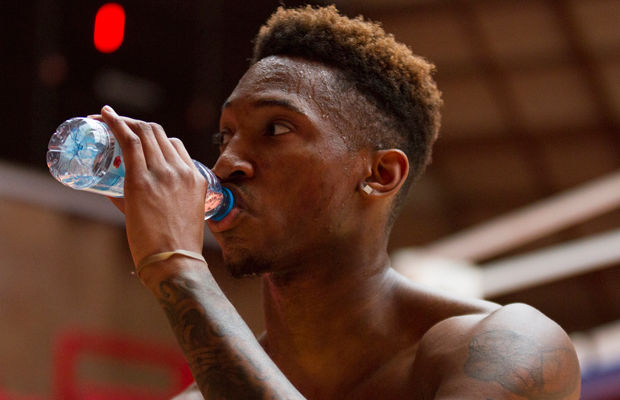 This weekend, I caught up with Kofi Josephs as he worked post-season in France with his long time friend and GB star Myles Hesson. Kofi has just finished his first professional season in Germany with fourth division side, Hertener Loewen.

“It’s been really good to come out and see Myles,” he said. “Our seasons had always clashed with me being in America and him in Europe but [this time] my season finished in April so I was able to come visit.

“I’ve been learning out here what the quality is like and what life is like at this level. It’s been great to interact with his teammates and watch practice. I found that really valuable – analysing how they practice, the intensity with which they play, and their focus. You can see how it translates into games.

“I’ve been able to work out every single day. I’ve been getting feedback and tips of how to improve whilst I’ve been here. It’s been a great experience.” 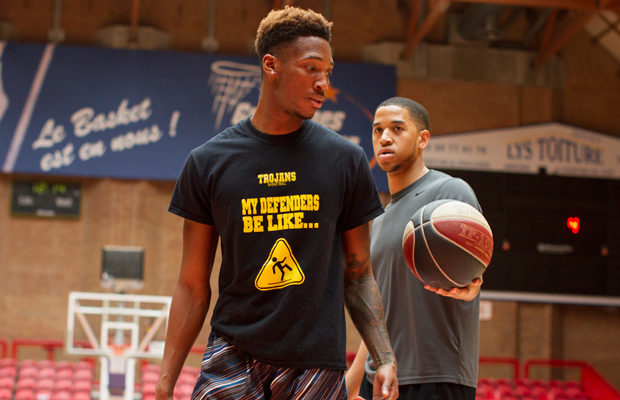 Kofi started playing aged 12 when he played with the likes of Myles (Hesson), Luke Parker, Josh Rolls-Tyson and Dorian Benjamin in his hometown of Birmingham. 6’6″ Josephs started playing competitively in the South Conference for Solihull before making the move south to Reading Rockets.

“We played against a lot of the southern teams in that league like Westminster, Kent and Reading.

“I seemed to play really well against the Rockets. They wanted to try and win the whole competition, so I ended up going there. One of the key factors was that it had a good reputation for developing players. That’s what I went there to do. We had a good year and made the final.

“I went to play in the AAU Summer Showcase where there were a lot of college and high school coaches. I played really well and got a scholarship to Arlington Country Day which was an ESPN top 15 school.

“It was a big adjustment at first as we had a really good team. I had to adjust my game, my mentality. The challenges are different being away from home for the first time. I settled and all twelve of the team went on to play in Division 1.

“I ended up going to Arkansas and from there to Colorado. I loved playing out in America, the style suits my game. When I graduated I got an agent and then played the waiting game. I was working out in the summer, working on aspects of my game to get me ready for my first pro contract.”

Josephs signed for Hertener Loewen back in September, actually on his birthday, it was the perfect fit, but patience would be required.

“At the time I felt it was quite late in the season,” he recalled. “Most of my friends had signed in July and August.

“I was starting to get impatient but when the offer arrived it was the best opportunity for me. The coached explained to me the role that he wanted me to have and it was the perfect step for me.

“The style of basketball in Germany was different, and it took me a little while to adjust to their footwork. To start with I was getting called for a lot of turnovers.

“Their style of play is a lot slower and I felt myself playing too fast. So again, I was having to learn and adjust my game to that.

“Coming in to a new set-up you also have to learn about your teammates and how they play. The different types of players and find your fit.

“It was my coach’s first year as a Head Coach so he was also learning the personalities. He valued our opinions and we had an input into practice sessions. It was a good set-up to be a part of.

“I took a step back. In the first half of the season I wanted to do so well I was thinking too far ahead, about my whole career and what I needed to do.

“But I ended up just really trying to focus on one game at a time. I started to enjoy myself again and it settled things down.

“I was confident in my game and it started to grow as the season went on.”

So much so, that Josephs set a league record 51 points against BBG Herford, beating his own previous record of 49 set in January. The 25-year-old has confidence in his own game and is looking to step up to a higher showcase.

“This summer, I am hoping to reach the GB Men’s team to see what I can do as a shooter. Next season, I want to improve and progress. I feel like I can go up another level and improve again.”