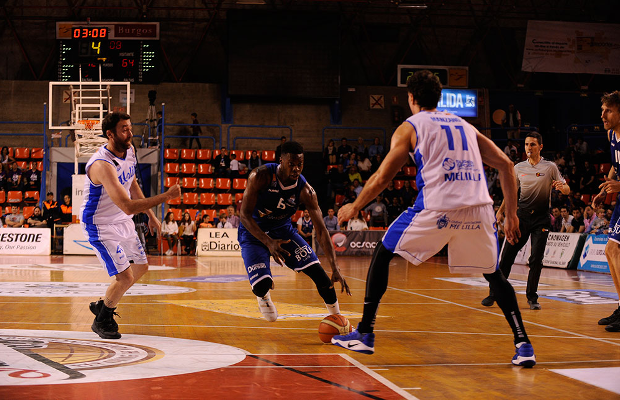 Mo Soluade and Jules Dang Akodo are heading to the Finals in Spain after Burgos completed a 3-0 series sweep in the LEB Gold semi-finals.

Soluade – who is on loan from Unicaja Malaga – netted seven points in the series-clinching 92-81 victory against Breogan, on Friday night.

The 21-year-old also played a key role in Burgos’ Game 2 victory after pouring in a team-high 18 points in the 79-88 road win having averaged 6.8 points per game on the season.

Dang Akodo has predominantly played in the EBA this season; leading the second team in scoring with 14.9 points per game along with 4.0 rebounds and 2.4 assists.

Breogan and Burgos had finished the regular season with identical 24-10 records with Aaron Geramipoor averaging 7.2 points in 21 games for Breogan before leaving in February.

Burgos will now meet either Palenica or Oviedo in the Finals in the bid for promotion to Liga Endesa.

Meanwhile, another former GB U20 international is flourishing in Spain as Rowell Graham led Valladolid to a 1-0 start in the LEB Silver Finals.