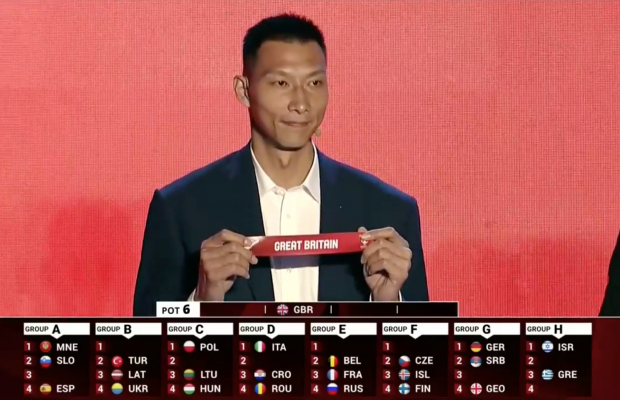 Great Britain’s Senior Men have been drawn to face Greece, Israel and one other nation in the 2019 FIBA Basketball World Cup Qualifiers.

GB earned their spot in the draw as a result of securing qualification to EuroBasket 2017 and will now look to become one of 12 European qualifiers for the World Cup.

Greece are currently ranked 13th in the world and will meet GB this summer in a friendly at the Copper Box in August, while Israel are ranked 37th.

The final spot in the pool will be taken by one of eight pre-qualifiers, who compete in August, with recent GB opponents Bosnia and Herzegovina and Macedonia both amongst the 13 teams vying to qualify.

GB will play their six games – facing each team home and away – between November 2017 – August 2018 before the Second Round starts in November 2018.

The top three teams from each pool will advance to the Second Round with 24 teams split into four groups of six where the top three will book their spot at the 2019 FIBA Basketball World Cup in China.