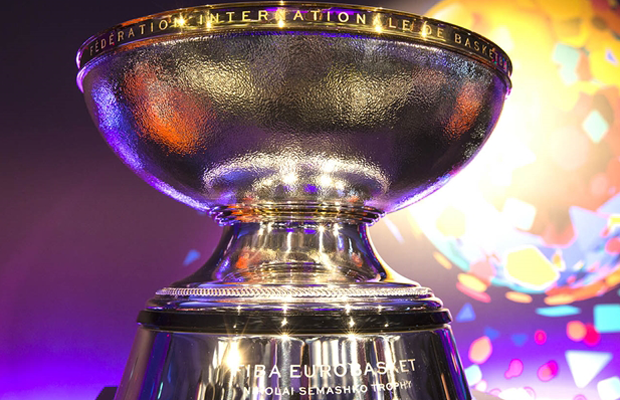 The trophy comes to Britain on Thursday May 11th, with Glasgow the first stop, from there it will head to Manchester, Cardiff and conclude in front of thousands of basketball fans at the BBL Play-off Finals at The O2, London on Sunday, May 14th

The tour, which began in Latvia in early April, will take in all 24 countries competing at this summer’s EuroBasket. The British leg has been organised in conjunction with FIBA as well as Basketball England, Basketball Scotland, Basketball Wales and the BBL.

Fans will get a chance to have their photos taken with the trophy in all four stops, as the build-up to Europe’s elite tournament continues. There will be lots of stickers, keyrings, magnets, swim bags, mini balls and Molten basketballs – official supplier to Great Britain and EuroBasket – up for grabs at selected spots along the way.

“We are very honoured that FIBA have allowed Great Britain to bring the Nikolai Semashko Trophy to our shores.

“We have a promise to transform basketball in Britain together and it’s fantastic that we have worked with Basketball Scotland, Basketball Wales, Basketball England and the BBL to give fans the opportunity to view the trophy in all its glory.”

Great Britain, led by Joe Prunty, will feature in Group D which is being staged in Istanbul. Co-host Turkey, 2016 Olympic silver medallists Serbia, 2011 bronze medallists Russia, Latvia and Belgium provide the opposition, with the Belgians up first for GB on Friday September 1st.