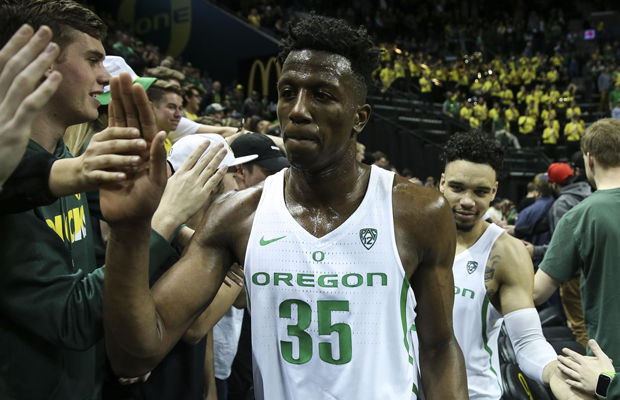 Kavell Bigby-Williams helped Oregon to an 80-59 win over Oregon State Saturday afternoon at Gill Coliseum in front of over 9000 spectators that clinched the Ducks’ second straight Pac-12 championship.

The former GB U20 has averaged 3.2 points and 2.9 rebounds in 9.9 minutes across 29 games so far this season for Oregon, after an impressive JUCO career at Gilette that saw him named the 2015-16 Spalding NJCAA Division I Player of the Year after leading the nation in blocked shots and earning NJCAA first-team all-America honours.