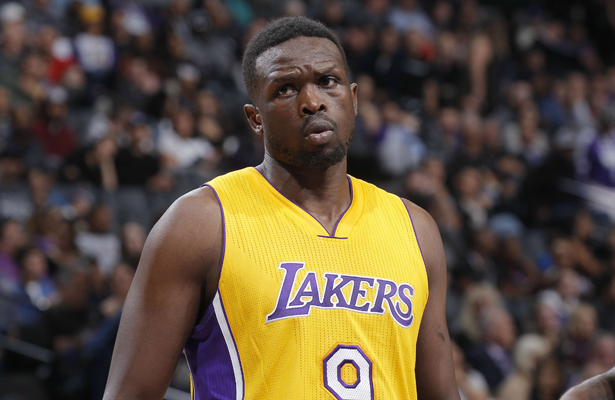 Los Angeles Lakers and Great Britain star Luol Deng has reiterated his hopes that the UK will begin to take basketball more seriously.

Ahead of NBA Global Games London 2017 featuring the Denver Nuggets and Indiana Pacers next week, the two-time NBA All Star commented:

“I’m always excited when it [NBA Global Games London] happens – there’s always hope that the UK will start taking basketball more seriously. The NBA is serious about it and wants to bring awareness and let the fans be a part of it.

“I had the chance to play [in London] when we played the Utah Jazz when I was with the Chicago Bulls and because I’m from London I really enjoyed it. All my teammates enjoyed the city, loved the fans and the game. When you’re from the US, going to the UK is an easy transition – it’s culturally very similar, especially the language and everything.”

Deng has been a vocal advocate for British basketball since representing Great Britain through to the London 2012 Olympics, and has helped give back to the sport through work with his Luol Deng Foundation, including the annual Deng Top 50 camp which features the top Under-19 players in the country.

A keen Arsenal fan having grown up in the capital, Deng has been keeping a close eye on the fortunes of Arsène Wenger’s men over the course of the Premier League season, but has also revealed a soft spot for one of the Gunners’ cross-town rivals, with dreams of buying Crystal Palace:

“We just played Crystal Palace where Giroud scored that amazing scorpion-kick goal, but this is where it’s tough because I grew up three minutes from the Crystal Palace stadium and when I was young on match day there was a hill where we could watch the Palace through a gap in the stadium.

“Since then I’ve been a huge Crystal Palace fan – Arsenal’s my number one team, Crystal Palace is my second! I’m hoping they can stay up – I’ve always said that if I become a billionaire I’m buying Crystal Palace – it’s a dream of mine!”

The Denver Nuggets host the Indiana Pacers at The O2 in London on Jan. 12 as part of NBA Global Games London 2017. The game is live on BT Sport or via NBA LEAGUE PASS (www.nba.tv).