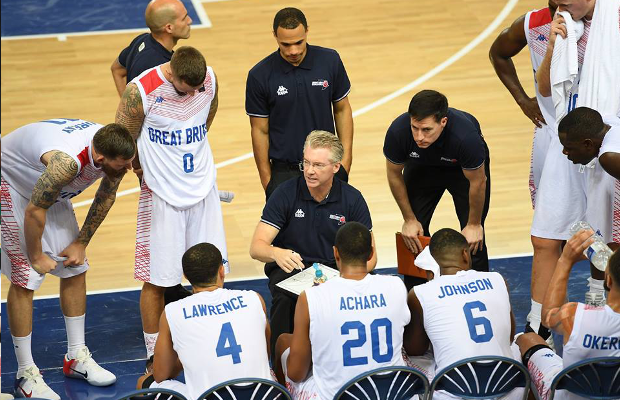 GB Senior Men now know what lies in wait at EuroBasket 2017 next summer after the official draw ceremony was conducted in Istanbul, this afternoon.

Joe Prunty’s side will be based in Istanbul in the group stages after being drawn in the same group as Turkey – one of the four tournament hosts – and will also go up against Russia, Serbia, Latvia and Belgium.

Serbia, Turkey and Russia are all ranked inside the top 10 in the FIBA World Rankings, though the seeding was based on previous tournament results which is why GB did not have a higher seeding despite their ranking of 22.

GB were put into the lowest seeding category and were assured of heading to either Istanbul or Tel-Aviv before the draw took place with Romania (hosts) and Iceland (partnered with hosts Finland) also in Pot 6.

Their place in the major tournament had been secured on the final day of qualifying during the summer as GB finished second behind Hungary in their group to advance to their fourth EuroBasket since 2009.