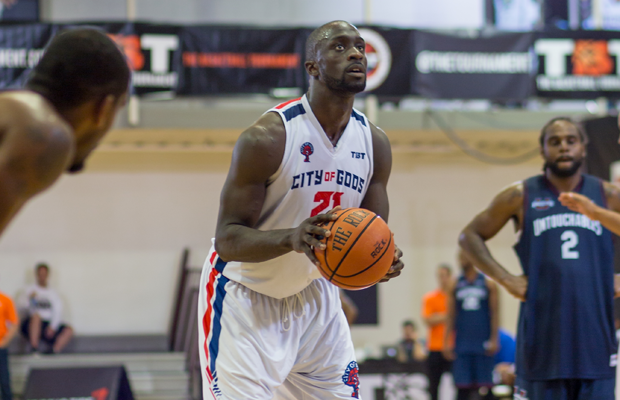 Former Great Britain start Pops Mensah-Bonsu has been hired as an Advanced Pro Scout in the East Coast Region for the San Antonio Spurs, he has announced.

Having been a Regional Representative for the NBA Players’ Association since retiring last year, Mensah-Bonsu revealed his new position in an interview with Slam. Mensah-Bonsu had a short stint playing with San Antonio in 2009.

“When my career ended, luckily the job at the Players Association fell at my lap and that doesn’t happen to to many players so I was able to put things in perspective and know that I was fortunate enough to be in this position.

“My year at the Players Association was great, and I learned a lot, and I was anticipating learning more in years to come, but whenever a position like this with the San Antonio Spurs falls in your lap it’s something that you have to jump at, and that’s what happened.”

The 6’9″ Londoner, who had a successful nine year professional career – including multiple stints in the NBA – and suited up this summer in ‘The Tournament’, also disclosed he was considering a return to playing this season.

“…I was actually thinking about going back to play this year and all of a sudden the Spurs called. For me, I’m big on signs. It was weird because when I was going to decide whether I was going to stay with the Players Association or go back to play, I was leaning more toward playing, even though I loved my job at the Players Association, but people always tell me if you still have that itch then you still have that love for the game, you have to scratch it. That void is never going to be filled if you don’t go back, so I was strongly considering playing.

“All of a sudden I get a call and I’m like, ‘someone’s trying to tell me something’, so I have to take heed. Putting things in perspective, I think my impact on the game is probably going to be on this side of the game now.”

Mensah-Bonsu now joins former GB teammate Richard Midgley as an NBA scout, after Midgley was hired by the Atlanta Hawks in August.

Check out the full podcast with Pops over at Slam Magazine.