Mensah-Bonsu & Richards Competing in The Tournament for $2m Prize - Hoopsfix.com

Mensah-Bonsu & Richards Competing in The Tournament for $2m Prize 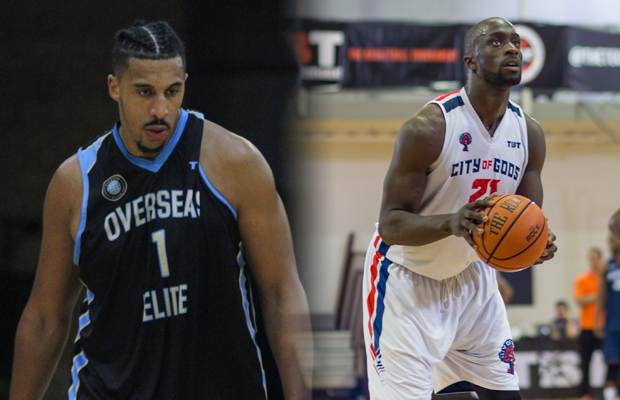 Two Great Britain stars in Pops Mensah-Bonsu and Ryan Richards will face off in the semi-finals of The Basketball Tournament in New York next week, as teams are battling it out for a $2 million cash prize.

The tournament, set up in 2014, is a 64-team, open-application, 5-on-5, single elimination, winner takes all event. In its inaugural year, the prize money was $500k, upped to $1million last year and then doubled this year.

Saturday saw the conclusion of the quarterfinals following Thursday and Friday’s Super 16 action in Philadelphia.

Next Saturday, Pops’ team, City of Gods, who were the Northeast bracket Champion and runners up last year, will take on South Champion and overall defending champion, Overseas Elite; Ryan Richards’ squad, in the Final Four in New York City, having both advanced with wins this weekend. The game will be broadcast at 7PM EST on ESPN.

.@OverseasElite will face @TeamCityOfGods in a rematch of the #TBT2015 Final Four!

Mensah-Bonsu officially retired from basketball in October, to take on a role as Regional Representative for the National Basketball Players Association (NBPA) but has shown he hasn’t lost a step with some impactful performances.

The last No. 1 seed standing, City of Gods defeated Dubois Dream 99-85 in their opening game without Pops, and then were boosted by his arrival with a 94-85 win over Talladega Knights, where he had 10 points, 3 rebounds and 1 block.

Mensah-Bonsu was limited by foul trouble, in City of God’s Super 16 game, finishing with 2 points, 4 rebounds and 1 assist in 9 minutes, but his team still managed to advance with a 99-83 win over FOE.

Pops’ squad then beat The Untouchables in their quarter final, 86-79, with Pops Mensah-Bonsu being the standout performer. He scored 13 points, collected six rebounds and blocked two shots.

Meanwhile, Richards, who was most recently playing in Bahrain with Al-Ahli, had 4 points, 2 rebounds, 1 assist and 2 steals in Overseas Elite’s opening 97-75 win over Showtime, following it up with 10 points and 8 rebounds on 5/8 shooting in 16 minutes in a 91-84 victory over HBC. These two wins saw his squad advance from the South Regional on to the Super 16.

Overseas Elite is headed (back) to #TBT2016 Final Four with a 74-66 win over Trained To Go! pic.twitter.com/eYiYj80wVc

The 64 teams in The Basketball Tournament are divided into four regions, consisting of 16 squads each. In order to enter, clubs must try to get as many supporters as possible, as the top-11 teams who compile the most fan votes from their respective fields receive a ticket into the bracket.

Additionally, three eligible groups in every region qualify for an at-large bid. The other two spots are handed out to the defending champion from the region and the team that raises the largest amount of money for Big Brothers Big Sisters of America in TBT’s GoFundMe contest. Ten percent of the prize money goes to the team’s Top 100 fans.