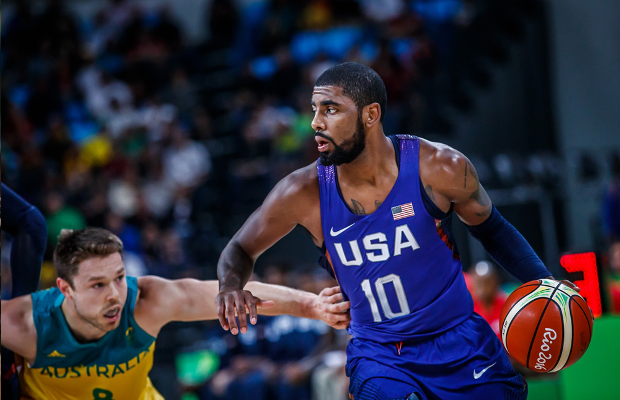 There was more drama on the fifth day of the men’s tournament at the Rio Olympics as USA were given an almighty test, while France and Venezuela picked up important victories.

Here’s a brief recap on what went down on Day 5:

A thrilling finish saw France snatch a 76-75 victory from Serbia in the closing stages having appeared to lose their early advantage. Tony Parker netted the go-ahead jumper in the final seconds with France keeping their opponents scoreless for the final 3:25 as a 6-0 close sealed their second win in the tournament. Serbia were off to a slow start, but got going in the third as they turned an eight point deficit into a lead and looked to be closing out the game in the fourth. Nando De Colo had 22 points for France, while Boris Diaw did a bit of everything and finished with 11 points, nine rebounds and nine assists.

USA were pushed all the way before eventually prevailing 98-88 against Australia in a battle of two unbeaten teams in Group A. Carmelo Anthony caught fire in the fourth with a trio of triples – nine in total – to help edge USA away on his way to 31 points, while Kyrie Irving produced a repeat of his clutch three from Game 7 of the NBA Finals to kill off the game late on. Australia earned a five-point lead at half-time to become the first team in 12 years to win the opening half against USA at an Olympics. Their last lead was at 72-70 with nine minutes left on the clock with Patty Mills scoring 30 in his side’s valiant effort which ultimately fell short.

Venezuela edged out China with a 72-68 triumph to pick up their first win in Rio. Jianlian Yi once again led his side as he finished with 18 points and 10 rebounds as China drop to 0-3 in the tournament. Venezuela had made a fast start to lead 25-13 after 10 minutes, but saw their lead cut to a single point by the end of the third as they were held to 26 points in the middle periods. They kept their opponents at bay to improve to 1-2 with Nestor Colmenares scoring 16 points in the win.

The schedule for Day 6 is as follows: