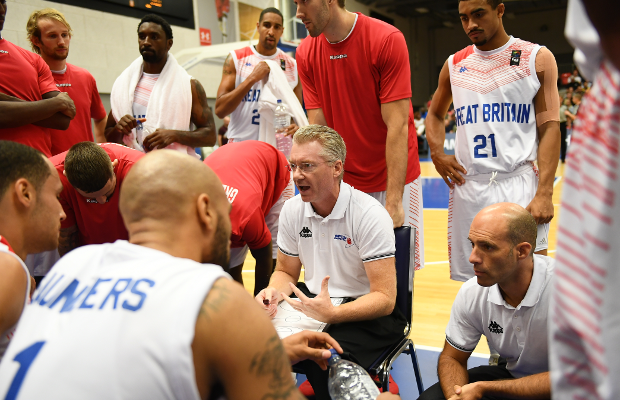 Great Britain’s Senior Men’s 12-man squad for the EuroBasket 2017 Qualifiers has been announced with the final three cuts made ahead of Wednesday’s opener.

Rob Gilchrist, Joe Hart and Fahro Alihodzic are the three men to miss out having not featured in GB’s final preparation game against the Netherlands, on Saturday.

“We appreciate their efforts and know they are still a part of the programme moving forward.

“We have had a competitive preparation phase, both with our games and within our practices.  We have developed very good chemistry and have a unified team ready to compete in our pool.”

Half of the roster featured in the disappointing EuroBasket 2015 qualifying campaign two years ago with Ben Gordon, Gabe Olaseni, Will Saunders and Teddy Okereafor making their competition bows.

Prunty’s side finished 0-5 in their warm-up games and begin their quest for EuroBasket 2017 in Kecskemet when they take on Hungary in two days time.