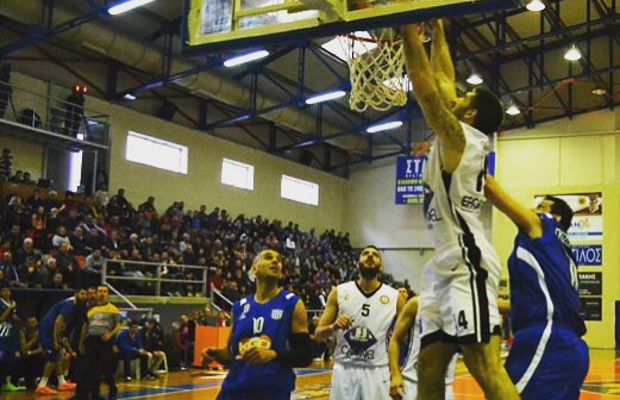 Fahro Alihodzic will play for a Championship title in Greece after helping Promitheas reach the A2 Playoff Finals.

The GB centre contributed six points and seven rebounds in last night’s win as Promitheas closed out the series 3-2 with regular season encounters included in the semi-finals format.

“I’ve been working hard all year and it’s been our goal to gain promotion,” Alihodzic told Hoopsfix.

“It’s been a long season, but well worth it after the win.

“Leading the team in rebounds and blocks and being the third leading scorer this season makes me feel like a big part of the success especially since we have now made it to the finals of the playoffs.”

Alihodzic scored 10 points in his side’s 69-63 home win at the weekend having finished with nine points and nine rebounds in an overtime defeat in ‘Game 1’ of the series.

Big time win today! On to the playoff finals ! Won the semi-final series 3-2 💪🏼

Promitheas finished fourth in the league standings after a 19-9 regular season, and will play top seeds, Faros – who came second – in the Finals with promotion on the line for both teams.