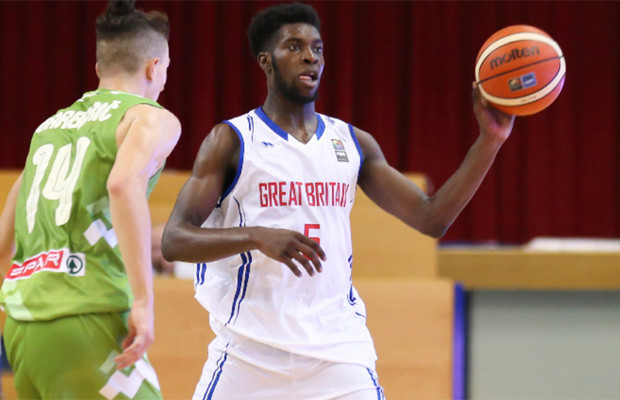 The 1995 born guard who played in the Spanish top-flight with Gipuzkoa on loan from Liga Endesa rivals Unicaja Malaga this season, will have a chance to showcase his skills during the three-day event that provides a global stage for the top international prospects to practice, compete and interview with NBA teams and other professional leagues leading up to the NBA Draft.

Players at adidas EUROCAMP will attend clinics and learn from current and former NBA coaches and players including Joakim Noah (Chicago Bulls) and David Blatt.

Over the last 14 years, adidas EUROCAMP has produced over 90 players who have played or are currently playing in the NBA or Euroleague. Some notable international players who have attended adidas EUROCAMP include the UK’s very own Joel Freeland who was drafted by Portland off the back of a strong showing, Danilo Gallinari (Denver Nuggets), Serge Ibaka (Oklahoma City Thunder), Andrea Bargnani (New York Knicks), Marco Belinelli (San Antonio Spurs), Nicolas Batum (Portland Trail Blazers) and Goran Dragic (Miami Heat).

Hoopsfix will be there reporting on all the action – so stay tuned on Twitter – @Hoopsfix for more updates.