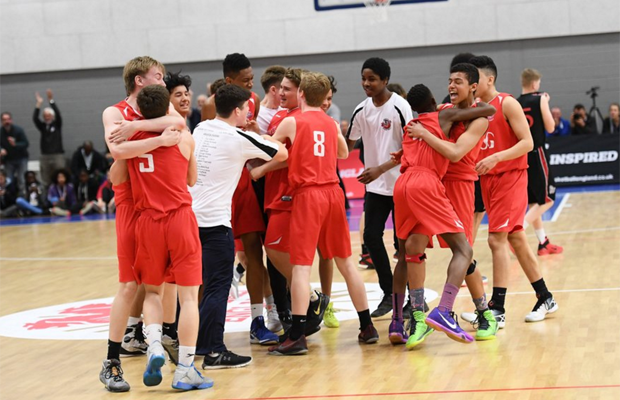 Bristol Flyers were crowned the Under-16 National Basketball Development League champions following a 79-76 victory over Leicester Dynamite on Sunday at the NBPC in Manchester.

AJ Edu had 14 of his 33 points in the fourth quarter, adding 21 rebounds and six blocked shots for the game to pick up MVP honours, as Bristol overcame a 43 point, 23 rebound, 7 assist outing from Leicester’s Niall Harris.

“We are really proud of our guys,” said Bristol Head Coach Chris Bourne.

“It was great to be involved in such a a competitive contest and the players showed excellent character to come back strongly from a half time deficit. It’s a great reward for the many hours of hard work the team has put in’

In a game that featured multiple lead changes, a Callum Fitzgerald three pointer with just under six minutes remaining gave Bristol the lead they would not give up the rest of the way.

Leicester followed with multiple charges, for four points from MVP Edu in the final minute provided the cushion Bristol needed to pull out the win.

Oliver Carey added 12 points for Bristol, Fitzgerald 10, while Joshua Jones was the only other player in double figures for Leicester with 11 off the bench.