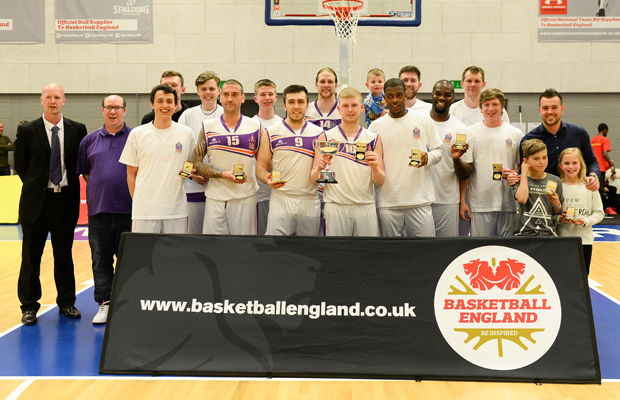 Before the celebrations could begin though, Phoenix were made to sweat in the final minute as a once comfortable 64-59 lead turned to a slender 64-62 advantage with 34 seconds left, thanks to Chester’s Richard McNutt, who took it upon himself to pull his side back.

However, foul shots from Jerome Joseph created some breathing room as McNutt’s three point fell short and the victory celebrations for Gateshead could begin.

“We were flustered a little bit as we were put into a spot that we haven’t really been used to a lot this season,” said Ensz.

“But we kept plugging away, went to the basics, switched our defence to a zone and that put them under pressure and we got the result and we can celebrate.”

Joseph added 16 points and helped the Phoenix in their late push.

The zone defence indeed was a huge factor in the come-from-behind victory but Gateshead’s general speed on offence, plus the ability to get out in transition and score easy buckets played its part as well, something that Phoenix coach Bill Spragg was keen to add.

“We did that to Chester, who were very skilled and very physical. I’m glad that we got the win and I was happy to be part of a game that was a fantastic advert to the Development League.”

McNutt led all scorers in a losing effort for Chester with 21 points and 17 rebounds.

To begin, Chester were heavily reliant on their defence, as they turned numerous Gateshead turnovers into points at the other end. A 14-0 run late in the first quarter gave them a 21-10 lead before the Phoenix came back in the second, highlighted with a triple from William Spragg, which narrowed the deficit to 31-24, forcing Chester to call a time out.

Chester though hit back as the second period winded down and back-to-back buckets from McNutt, including a three-pointer with 3.1 seconds left gave the University a 39-29 lead at the break.

Gateshead though would pull themselves back into contention, helped by an 8-0 run mid-way through the third, the Phoenix would gradually narrow the gap until a lay-up in transition by Joseph gave them a 50-49 lead, Gateshead’s first since the second minute of the first, heading into the fourth.

And despite late pressure, Gateshead were able to hang on.