University of Chester Come From Behind to Claim National Shield - Hoopsfix.com

University of Chester Come From Behind to Claim National Shield 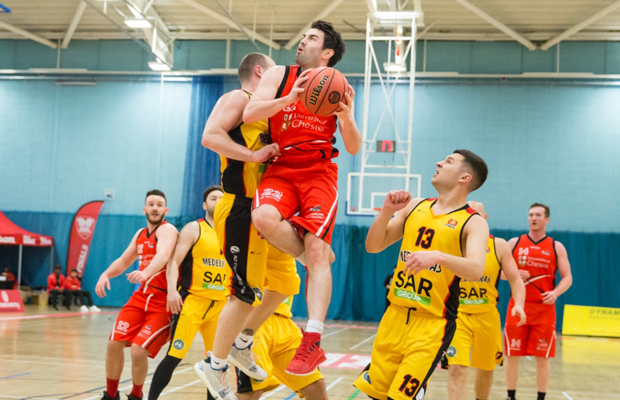 University of Chester came back from eight points down in the fourth quarter to secure an 88-83 win over BC Medelynas and the National Shield title on Sunday morning at UEL Sportsdock.

Niel Gillard drops his defender before converting in the lane for @UocBasketball in the @NBLengland Shield Final! 😱#NBL1819 pic.twitter.com/hnVDqazMky

Chester reeled off a 15-3 run over a three minute period in the fourth quarter to gain the lead, setting up a back and forth down the stretch as Medelynas imploded.

Phil Brandreth picked up MVP, finishing with 23 points on 6-of-10 shooting for Chester, who redeemed themselves with a first final victory in three attempts.

“This is my third final now with Chester and we lost the other two,” Brandreth said after the game.

“Making the final and then winning it, that was great. Onwards and upwards!”

A 30-point outing from Mantas Guzys would not be enough for Medelynas, Modestas Paulauskas had 14 points and Aurimas Karbauskas added 10 points and 8 assists.