Around the NBL – Playoffs SFs Recap 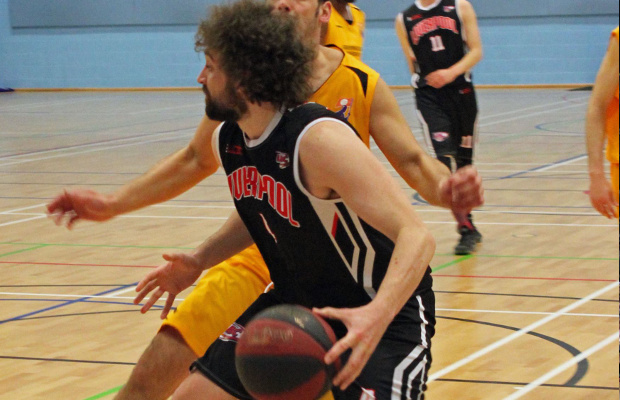 The semi-finals of the NBL Playoffs across all four divisions took place at the weekend with seven teams keeping their dreams of finishing the season with silverware alive.

Manchester Magic are now just one game away from a remarkable clean sweep of titles in D1 after powering past Team Northumbria with a 77-45 semi-final victory on Saturday. Ellis Cooper again led the way after putting up 24 points, 13 rebounds, nine assists and three blocks for a near-triple-double effort. The visitors were held to just 21% shooting from the floor with Lewis Champion – who had 43 points last week – going 4-of-18 in his nine points. Magic had opened up an 11-point lead by half-time and powered clear after the break to win by 30+ points.

The second semi-final was a much closer affair and went right down to the wire before Reading Rockets claimed a 69-72 win on the road against Derby Trailblazers. After an even first half, the visitors broke clear with a 19-3 run to take a commanding 45-60 advantage into the final quarter, only for Derby to hit back and tie the game at 69 in the final minute. The Rockets held their nerve and won the game from the free throw line to set a repeat clash of the National Trophy Final against Manchester. Danny Carter and D’Montre Edwards led the way with 22 points apiece.

Solent Kestrels produced a strong defensive display as they defeated Nottingham Hoods 70-51 to reach the D2 Final. The home side kept the dangerous Miguel Lorenzo Leis to just 10 points, while England U18 guard Luke Mitchell was held to 1-of-10 shooting from the field, a week on from his impressive performance against Ipswich. Louie Kirkman top scored with 14 points as five players reached double figures, including Elliott Dadds, who added nine assists and four steals to 13 points.

Meanwhile, Liverpool edged past London Greenhouse Pioneers with a 76-75 victory in overtime with David Ulph proving to be the hero with the game-winning dunk in the extra period. Chris Bigley top scored with 19 points for the home side, who had been down 10 points at half-time. A 21-8 third period put Liverpool ahead, but the Pioneers hit back in the final quarter as overtime ensued.

Team Newcastle University cruised into the D3 Playoff Final after seeing off Brunel Ducks with a convincing 105-70 victory on Sunday. Robbie Lemons top scored with a game-high 28 points as the hosts won every quarter en route to a 35-point win having opened up an early double-digit lead in the first.

National Shield winners Thames Valley Cavaliers came through an entertaining battle with Doncaster Danum Eagles as they recorded a 99-90 victory to reach the final. Andre Baptiste top scored with a game-high 26 points in a high-scoring contest with John MacCauley adding 23 points in the win. The visiting Eagles were led by Matthew Martin’s 23 points as their season came to an end.

Gateshead Phoenix booked their spot in the National Basketball Development League (NBDL) Final after beating Sussex Bears 94-74. Matt Yates led the way with 27 points, while James Nicholson and Dijon Fisher added 18 and 17 points respectively. The visitors led by one at the end of the first, but were unable to maintain their advantage and were outscored 28-13 in the final quarter to complete their downfall. Hank Rivers top scored for Sussex with 24 points.

The second semi-final between Kent Crusaders II and the University of Chester was cancelled and is set to be played this coming weekend.