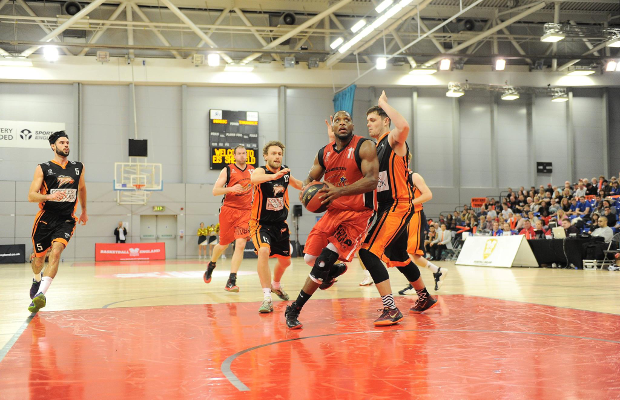 Manchester Magic forward Ellis Cooper has claimed the NBL Division 1 Player of the Year for the second year running, while Derby Trailblazers’ Matt Shaw was named as the D1 Coach of the Year as the regular season awards were announced by Basketball England.

Cooper has led Magic to three domestic titles so far this season and had another stellar campaign in D1 as Manchester finished with a 23-3 record in the league. Shaw won the vote amongst his fellow coaches having guided Derby to a second place league finish.

Northumbria’s Lewis Champion was a clear winner in the fans vote with 40%, but finished second in the overall combined voting with Ausridas Petraitis, David Watts, D’Montre Edwards and James Cambronne also on the D1 POTY shortlist.

Elliot Dadds, of Solent Kestrels, was named as the Division 2 Player of the Year after helping lead his side to the league title with the coaching equivalent going to London Greenhouse Pioneers’ play-caller Predrag Krneta.

In Division 3, Doncaster’s Oliver Hylands claimed the top honour in the North with Team Newcastle University’s Ian Hewitt earning the coaching award, while there was a Thames Valley Cavaliers player and coach double with Martelle McLemore and Robert Banks coming out on top after enjoying an undefeated regular season.

In the NBDL, George Brownell was rewarded for a strong season with Sheffield Hallam Sharks in the North-East as Gateshead Phoenix’s Bill Spragg claimed the coaching award. Niel Gillard of the University of Chester was named Player of the Year in the North-West as the coaching award went to Preston’s College Titans’ Malcolm Leak.

Sussex Bears were at the double in the South with Bud Johnston and Gary Smith rewarded, while it was similar in the South-East with Southwark Pride’s Shaquille Walters and Sterling Muschett topping the votes, and in the South-West as James Dawe and Vic Fleming ensured a double success for Cardiff Met Archers.

Players of the Year

Coaches of the Year