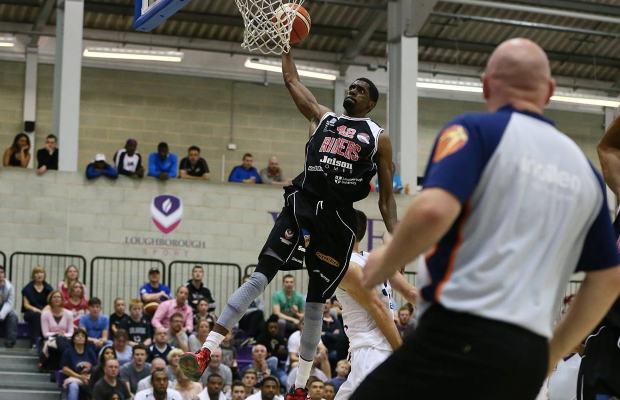 Leicester Riders’ TrayVonn Wright has been awarded the Molten BBL Player of the Month award for October after an impressive start to the season.

The high-flying American is averaging 16 points per game along with seven rebounds, whilst shooting 50% from 3-point range and swatting a league-high of 2.7 blocks per outing to help the Riders to a 6-0 start in the BBL Championship.

Wright joined the club in December of last year as a replacement for Derrick Roland, and the North Dakota State University graduate made an immediate impact on the league – earning the headlines last season with this poster on Adrien Sturt.

The 23-year-old re-signed in the summer and has picked up where he left off for a team that is stacked with talent at both ends of the court.

Jordan Williams made a blistering start to his rookie career at Cheshire Phoenix, and he leads the league in scoring with 170 points at 21.3 per game. Cardell McFarland is third in scoring with 20.6 points per game and second in assists with six per outing.

Sheffield Sharks’ Jerrold Brooks has been another player to impress, having started the season averaging 20.7 points and 4.7 assists, while fellow Sharks team-mate TJ Robinson is averaging 17.8 points and 10.4 rebounds per game.

Wright claims his first official BBL award, while his ‘Dunk of the Season’ contender will be hard to beat. Check out the top play of the season so far as Wright throws it down on Sheffield’s Robinson: