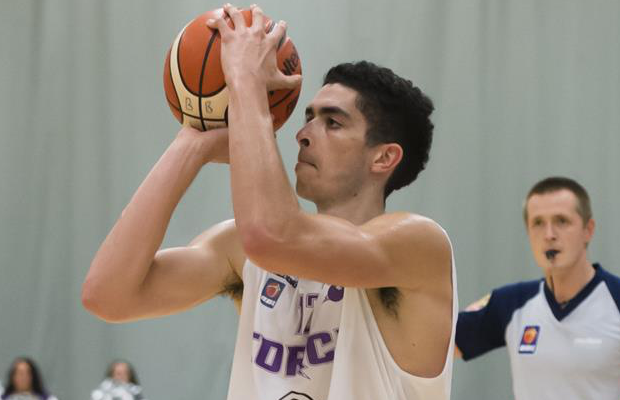 In the latest round-up in the BBL, two more Cup semi-finalists became known; one team picked up their first win and there was a new entry into the top four.

Plymouth Raiders finally ended their wait for a first win this season after player-coach Daryl Corletto netted 23 points along with the go-ahead three in the final 30 seconds to help his side to a 76-75 home win over Glasgow Rocks. The visitors stormed in front in the third quarter on the back of a trio of triples from Riley Grabau, who finished with five for 15 points, but the Raiders kept their composure and dug out a first victory despite no points coming from the bench for the second game running.

Leeds Force moved into the top four for the first time in the BBL following a double-winning weekend. Matt Newby’s side claimed a 91-72 win over Plymouth on Friday night as Louis Sayers scored 20 against his former side, before they pulled off an impressive 74-82 win away at Cheshire Phoenix with D’Andre Bullard contributing 19 points, eight rebounds and eight assists.

The American guard also had 18 points and seven assists against the Raiders as Force used a 19-0 burst in the third quarter to set the platform for a convincing win, while Mike Vigor had 32 points in vain for Plymouth. On Sunday, it was a 12-0 run in the fourth that proved pivotal as they ensured the Nix’s wait for a home win at the Cheshire Oaks Arena continued despite 21 points from the league’s top-scorer Jordan Williams.

Newcastle Eagles were joined by Leicester Riders and London Lions in the semi-finals of the BBL Cup after both teams were made to work hard for their last eight victories.

The Lions claimed an impressive 70-77 victory away at Worcester Wolves as Nick Lewis hit some big shots down the stretch to finish with 19 points along with Jaron Lane. For the Wolves, they took the lead late on after trailing for most of the game and they were led by Perris Blackwell’s 27 points on 11-of-14 shooting and 14 rebounds.

Meanwhile, Leicester Riders were pushed all the way by Sheffield Sharks before eventually holding on for a 62-60 victory, on Sunday. Drew Sullivan impressed as ever with 17 points and 10 rebounds, while BBL Player of the Month for October, TrayVonn Wright, added 15 points. The Sharks took the lead on a 7-0 run in the final quarter as they were led by Jerrold Brooks’ 27 points, but Riders quickly re-gained the initiative and TJ Robinson would later miss from close range in the final seconds when a basket would have forced overtime.

Prior to their Cup defeat, Sheffield Sharks picked up their third win in the league as they defeated Manchester Giants 91-70, on Friday. Robinson had an efficient 24 points and 13 rebounds in the win, while Brooks was his usual active self with 18 points, seven rebounds and six assists as the Sharks’ fast start set the tone. For the Giants, Callum Jones and Ingus Bankevics both had 14 points apiece.

Glasgow Rocks had also claimed their third league win of the season on Saturday night as they defeated Bristol Flyers 58-67 on the road. Will Hall led the way with 20 points with Warren Gillis adding 16 points and Kieron Achara contributing 10 points, seven rebounds and four assists from the bench.

The Flyers found themselves trailing by 14 at half-time, but managed to close within three points at the start of the fourth only for the Rocks to respond with a 9-2 run. Tyrone Lee had a 15-point, 13-rebound double-double for the home side, who were dealt a blow in the second quarter when Cardell McFarland left the court with an ankle injury and was unable to return.

Bristol Flyers bounced back the next day as they avenged an opening-game defeat to Surrey Scorchers by recording a 72-80 victory on the road. McFarland missed the encounter due to the aforementioned injury, but the visitors had five players in double figures including Mathias Seilund, who had a team-high 18 points. Bristol pulled away after an even first quarter with a 10-22 second period, and there would be no dramatic comeback win for the Scorchers this time despite 21 points from Tayo Ogedengbe.