TrayVonn Wright has already shown his crazy bounce this season, throwing down a couple of disgusting dunks against London Lions a few weeks back, but what he did tonight against Cheshire tops them all!

Off an offensive rebound, Rashad Hassan got the ball to Neil Watson, who, in one motion, went behind his back to a cutting TrayVonn who took flight, cocked it back and hammered it home all over Cheshire Phoenix’s Adrien Sturt.

The dunk is by far the sickest we’ve seen out of the UK this season, and will no doubt go down as one of the dunks of the year. Keep an eye on Rashad Hassan at the bottom of the screen running up the court in celebration (lol).

Leicester Riders made it seven BBL Championship wins in a row as they beat Cheshire Phoenix 100-82, with Wright finishing with 14 points. Riders’ Tyler Bernardini led all scorers with 29.

Check out the photo that captured it at the perfect moment: 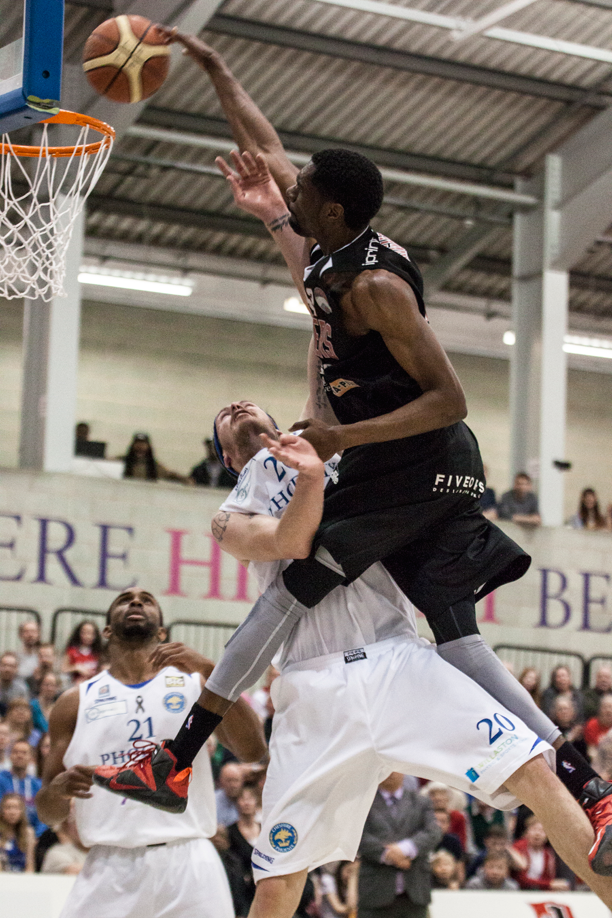