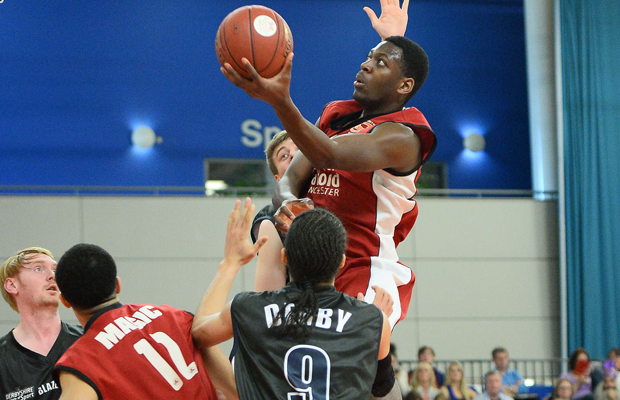 Basketball England have released the full set of fixtures for the 2015-16 season including the draws for the four main cup competitions.

The Mens National Cup will be the first piece of silverware up for grabs when the final takes place at the EIS in Sheffield on 16th January, 2016.

There will be two Preliminary Round games featuring four new teams from the National Basketball Development Leagues (NBDL) in order to complete the 62-team line-up for the First Round with the draw completed up until the semi-final stage.

The annual action-packed finals day returns with the Mens National Trophy, Patrons Cup and National Shield titles all to be decided at UEL’s Sports Dock on 21st February, 2016.

The 14 Division 1 teams including promoted sides London Lituanica and Lancashire Spinners have been split into two groups (North and South) of seven in the National Trophy with the top four advancing to the quarter-finals.

Manchester Magic will be defending their National Cup and National Trophy titles having completed the domestic double last season.

This season’s Patrons Cup sees the 12 sides that make up Division 2 split into four pools of three while the National Shield is a mix of Division 3 and NBDL teams with defending champions Team Newcastle University given a bye into the Second Round along with Oxford Brookes University.

The fixtures release also reveal that the highly-anticipated Final Fours will be held at the newly built Belle Vue Sports Village with Division 1,2,3 & NBDL playoff finals taking place over the weekend of 23rd-24th April.