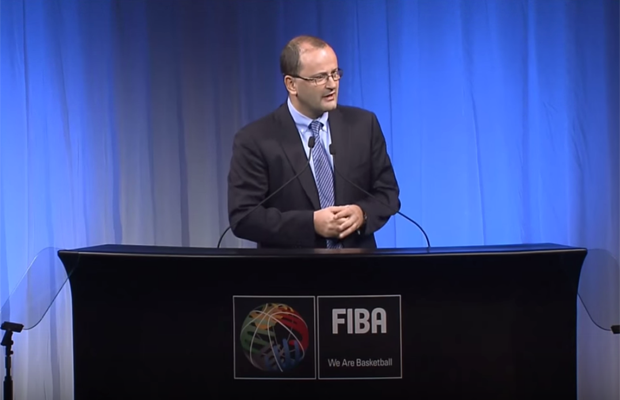 Since the Olympics, the British Basketball programme (GB Senior and U20 men and women) has gone a combined 29-48 in competitive games for just a .376 win percentage, with the men picking up just two wins in that time and failing to qualify for this summer’s Eurobasket, while both the Under-20 men and women’s teams are now competing in Division B (the women relegated in 2012, the men in 2015).

All squads have been plagued by an inability to get their stars to suit up – in particular, Luol Deng, Joel Freeland and Pops Mensah-Bonsu have not played for GB since the Olympics, while Jo Leedham has been absent for the women since 2013. Both Under-20 squads have struggled to get their strongest players every summer.

In an interview with the Herald Scotland’s Mark Woods, Baumann says the programme has “gone backwards”, is “under-performing” and “not well-managed”.

Post-2012, British Basketball has lost all of its UK Sport funding, currently being propped up by a Sport England bail out.

Baumann joins GB captain Drew Sullivan and more recently Luol Deng in criticism of the direction of the programme. He says he thinks it will get even worse before it gets better.

“The bad news is that it’s gone backwards in some instances with a lack of funding and money problems. That’s not really new,” Baumann said.

“The good thing is the talent is there and that people want to invest. Ok, from where? That’s not for me to say. But people see an opportunity. It’s under-performing. It’s not well-managed. But if you want to invest, you also see you can make a profit.

“That’s not bad. Now everybody has agreed to a British Federation concept. Once that kicks in next year, you can stabilise the leadership. It might take time to be credible. I don’t think it’s hit the bottom yet. But then I think it will be easier for new leadership to come in and simply change it around.”

*The GB Under-20 women have been the biggest victim of the funding cuts, having just a week long prep period for the past two summers, with no warm up games prior to the European Championships.