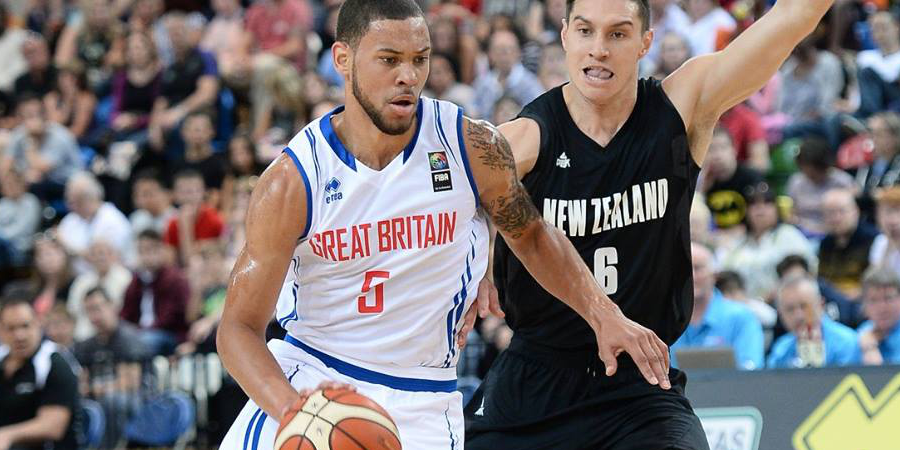 British Basketball have announced the GB Senior Mens squad that will compete in an upcoming tournament in the Netherlands.

Fahro Alihodzic and Chris Caird are the new faces in the squad while veteran guard Paul Guede is the other addition that missed out against New Zealand when GB were beaten 84-63.

The experienced Dan Clark will lead the side while the likes of Rob Gilchrist, Teddy Okereafor (pictured) and Alex Young will look to build on promising debuts along with Joe Hart, Will Saunders and Zak Wells.

GB will play the hosts, Netherlands, on 14th August before taking on Portugal the following day.

”We are looking forward to our opportunity in the Netherlands,” stated head coach, Joe Prunty.

“It will be a short time together, but provides tremendous value.

“We had two very good quarters, one average quarter and unfortunately one poor quarter versus New Zealand.

“We have to learn from this and must commit to 40 minutes of physical, hard fought and energetic basketball,” added the play-caller.

*some players no longer at teams listed

Both games will tip at 7pm (UK time):