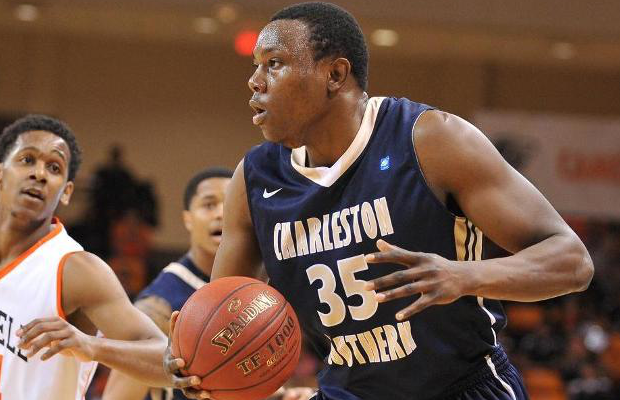 London Lions have confirmed former GB under-20 Allie Fullah as their latest signing ahead of the upcoming 2015-16 season.

Fullah spent his rookie season in France with NM2 side Calais last season having graduated from Charleston Southern in the summer of 2014 (senior highlights here.)

“I am so excited” said Hackney-born Fullah. “I can’t wait for the season to start. I want to start gelling with all my teammates and do big things in London. I’m excited about looking in the stands and seeing all the people I know.”

Head Coach Nigel Lloyd added: “We are happy to acquire another stunning British prospect in Allie – it’s important English players see a career path through British Basketball and the BBL.

“I have known Allie a long time and he is a serious competitor, he brings a never say die attitude to us and I know he will be happy about playing at home.”

The 26-year-old competed in successive summers with the GB U20’s at the European Championships in 2008 and 2009.

The Stratford-based side also made a statement of intent with the addition of Demond Watt, who claimed the BBL Player of the Month award no fewer than four times during a dominant season at Cheshire Phoenix.

Lions take on NCAA D1 school UMass in a friendly at the Copper Box Arena this Saturday.