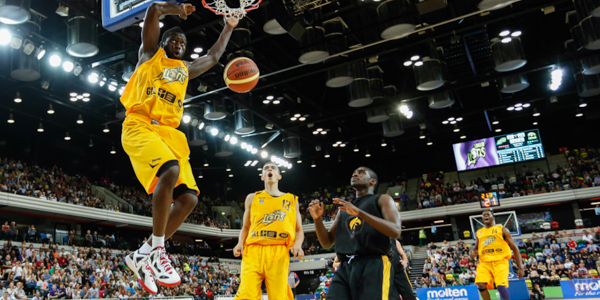 London Lions have announced that they will play NCAA D1 side University of Massachusetts in a pre-season friendly at the Copper Box Arena.

UMass embark on a European tour which also sees them play a couple of games in Paris before their game against the BBL playoff finalists.

“Going on these tours are really positive,” said Kellogg. “Trips also build team spirit from being together in a foreign country for a lot of days and how you come together.

“I’m hopeful that this is a tremendous opportunity for us to come together and become a team that has the ability to be very good in our upcoming season.”

The game enables the Lions to ready themselves for the new season with a number of new players set to feature in the friendly.

Despite high-profile departures of Zaire Taylor and Drew Sullivan, the Lions have made smart pick-ups with additions of Nick Lewis and brothers Jamal and Kai Williams while Joe Ikhinmwin has been made captain.

Lions Chief Executive, Vince Macaulay added: “It is fantastic to have such a respected University come and play us at the Copper Box Arena – this is a storied programme that has produced 16 players for the NBA, it’s just what we need to carry on from our achievements last season, a good tough test”.

The latest of those players to make it into the NBA was Cady Lallane who was selected as the 55th pick by San Antonio in the recent 2015 Draft.

The Lions v UMass game tips at 6pm on Saturday 22nd August and tickets are already on sale on the club’s website.

Elsewhere, Florida Tech are heading on a tour of the UK and will play a number of teams in England including Barking Abbey, who are expected to have GB internationals Dan Clark and Ben Mockford suiting up.

Essex Leopards, London Lituanica and Dagenham Dragons are also pencilled in to play the Panthers during their London visit.