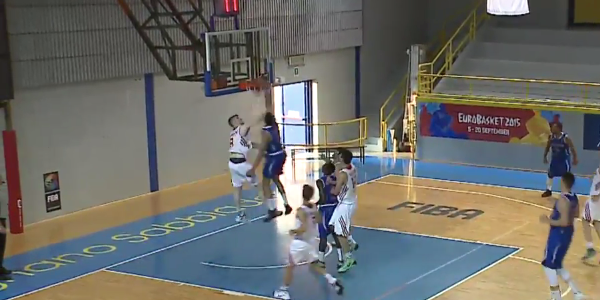 Check out Deane Williams soaring to the rim to put a Turkish defender on a poster during GB Under-20’s opening game defeat at the European Championships, in Italy.

The Bristol Flyers forward provided a spark off the bench for GB especially in the latter stages to finish with an impressive 13 points and 8 rebounds in the 59-57 overtime loss.

Williams was part of the England U18 squad last summer and finished the tournament averaging 5.9 points and 6.3 rebounds per game.

One game in, and Williams already looks capable of making an impression at the next level and GB will be hoping for more of the same throughout the tournament as they look to bounce back from their opening heartbreak.

Watch the video of his poster dunk below: