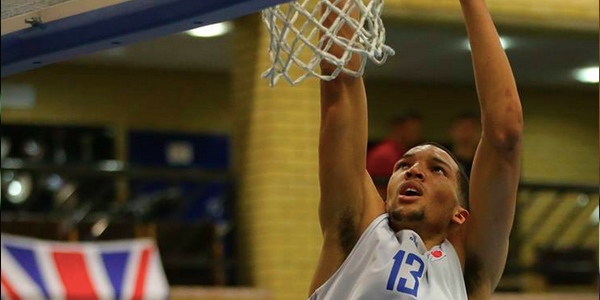 Great Britain under-20’s lost their opening game at the European Championships after being beaten 59-57 by Turkey in overtime in Italy, on Tuesday.

Douglas Leichner’s side overturned a nine-point half-time deficit to lead inside the final minute of regulation only for the defending champions to snatch victory in the final seconds of overtime.

Deane Williams was the spark off the bench through adding 13 points and 8 rebounds, while Bristol Flyers team-mate Dwayne Lautier-Ogunleye top scored with 14 points and captain Luke Nelson had 13.

GB struggled on the boards early on, but Kavell Bigby-Williams finished with 14 rebounds with Mo Soluade adding 7 boards to his nine points.

Starting back-court duo Soluade and Nelson both netted early triples to put GB 10-6 ahead. Turkey responded with an 8-2 run, only for GB to later score the final five points of the first quarter to tie the game at 19.

Turkey took over in the second, keeping GB to just a single point in over seven minutes as they built a controlling double-digit lead. Nelson scored five points in quick succession, but GB still went into the half-time break facing 34-25 deficit.

The third quarter was another low-scoring period for GB, but this time they stepped up on the defensive end. Williams provided a much-needed spark from the bench and he scored six points in a 10-0 run as GB closed to within a point in a spell of nearly five minutes that they kept their opponents from scoring.

GB made a strong start to the fourth as they stormed in front on the back of a 12-2 run with triples coming from Williams and Lautier-Ogunleye.

A pair of free throws from the Bradley Braves commit kept GB’s lead at five points approaching the two-minute mark. However, Turkey went on a 7-2 run in the closing stages to force overtime having tied the game with 18 seconds remaining.

In the extra period, Ben Lawson and Nelson both made 1/2 from the line to tie the game at 55, and it was down to Williams to tie the game in the final minute before heartbreak struck with Tolga Gecim scoring the game-winner.

GB return to action in Lignano Sabbiadoro tomorrow when they take on Slovenia in their second Group D encounter. The game tips at 3:30pm UK time – check back on the site tomorrow for the live stream.