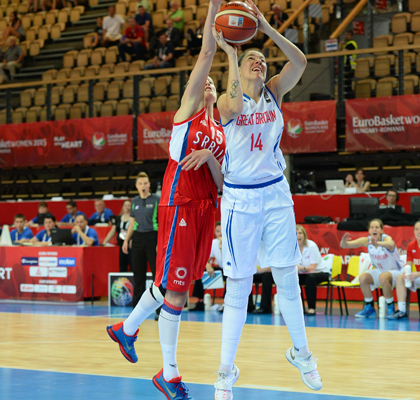 Watch the highlights as Great Britain slipped to a third successive loss at EuroBasket Women Final Round after they went down 76-54 against one of the tournament frontrunners, Serbia.

While head coach Peter Buckle and his team beat their opponents during preparation, it was a very different story in Szombathely, with GB hopes of making it to the second phase of the competition now left dangling by a thread.

Although Great Britain could still qualify if results go their way and they can dig out a convincing last day success against Croatia.