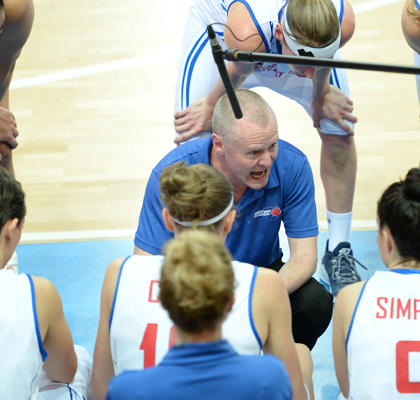 Watch the highlights of GB Senior Women’s opener at EuroBasket Women 2015, where they fell 71-40 at the hands of Russia on Friday night.

After losing Temi Fagbenle to an eye injury, it was an uphill struggle for the side.

Head coach Peter Buckle was remaining upbeat despite the loss.

He said, “They shot the ball very well and made shots under pressure, so credit to them.

“We actually had a lot of good open looks, but we didn’t finish enough of them off.

“It is hard to combat the size of Russia and you really don’t want to lose someone the size of Temi in any game, but especially not against a team who are so big under the basket.”

Azania Stewart top scored with 10 points and there was a nice cameo from Dominique Allen who pulled down eight rebounds.