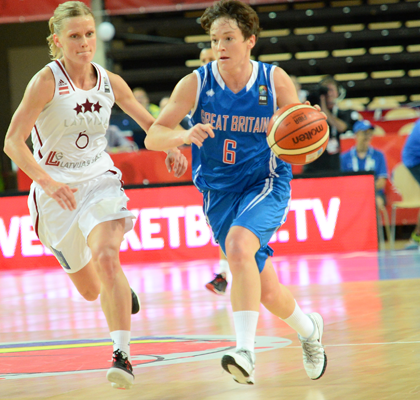 Watch the highlights as Great Britain were beaten 67-58 by Latvia in their second contest at EuroBasket Women 2015 in Szombathely.

Sporting protective goggles, Temi Fagbenle returned to the team with a bang after her eye injury to score a terrific 22 points, but Latvia had too much for Great Britain as they took control either side of the break to take victory.

Great Britain gave up 23 points during the third quarter having held Latvia to just 26 in the whole of the first-half and that proved decisive.