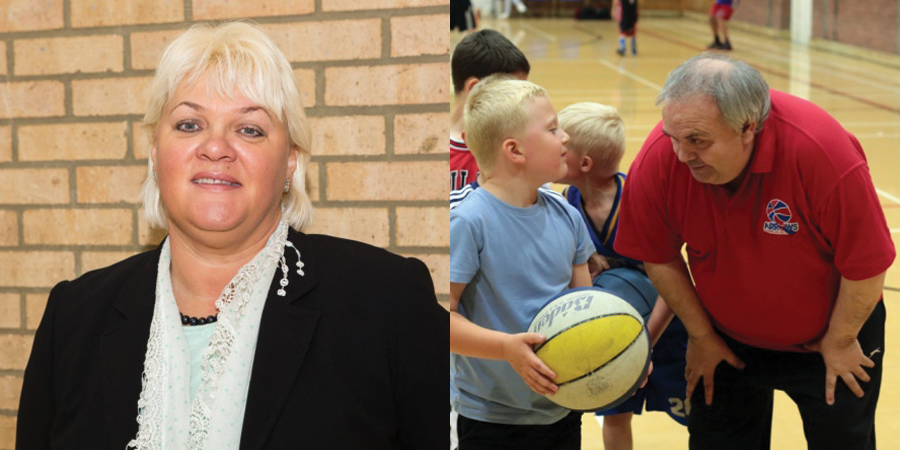 Two long time members of the British basketball community have been recognised in the Queen’s Birthday Honours 2015.

Natasha Hart, Founder and Director of Newham All Start Sports Academy (NASSA), and Peter Kelly, founder of the Killamarsh Derbyshire Arrows basketball club, have been awarded a Member of the Order of the British Empire (MBE) and British Empire Medal (BEM), respectively.

Hart, 46, was awarded an MBE for her services to sport in east London, founding NASSA in 2005, where the club has gone on to significant success, particularly at junior level, while also being instrumental in the Carry a Basketball Not a Blade initiative.

She was honoured to have been recognised.

“I wasn’t expecting anything like that,” she said to the Newham Recorder.

“It’s a huge honour – it’s absolutely fantastic. What can I say, I don’t think you can get bigger than that really.

“It’s my name on the award but it’s for everyone, for the players, all those young people that we saw through these 10 years, all the coaches and volunteers and my family, especially my mum, who have been so supportive.”

Last year NASSA was named Charity of the Year in The Charity Awards 2014, a finalist in the National Lottery Awards 2014 and shortlisted in the Business Charity Awards 2014 with one of their partners, Tate & Lyle Sugars. Hart, who is the mother of Teddy and Anthony Okereafor – both prominent players, also wrote a public thank you post on LinkedIn.

Meanwhile, Kelly, 54, was awarded a BEM for services to Physical Education. The teacher helped set up the Arrows basketball club over two decades ago.

“It’s absolutely fantastic, it’s so humbling to be recognised in this way and it’s exciting to be honoured as part of a dream of mine 25 years ago,” Kelly said to the Derbyshire Times.

“I’m just a normal person doing what I love.

His commitments to sports coaching in the community were also recognised In 2000, when he was named Derbyshire Sports Coach of the Year.