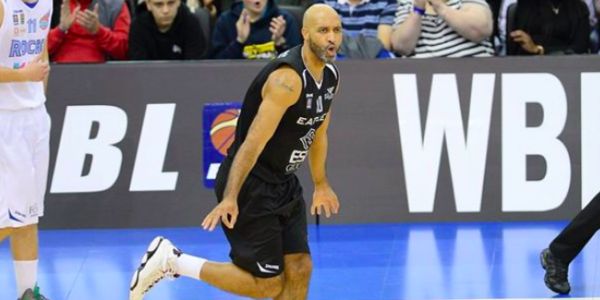 Charles Smith has completed a clean sweep of honours of his own after receiving the BJA Player of the Year, and BBL league MVP awards.

The Newcastle Eagles veteran also claimed the BBL Trophy Final MVP award (pictured) after helping his side to victory over Leicester Riders at the end of March.

Smith has been an integral part of the Eagles squad that has already claimed three pieces of silverware this season, and will look to lead the line in this Sunday’s BBL playoff final.

The 39-year-old has averaged 18.6 points, and 6.4 rebounds per game throughout the campaign; scoring a total of 727 points including the post-season.

Since the 2005-06 season, there have now been five Newcastle players to have picked up the season MVP award with Drew Sullivan, Lynard Stewart, Trey Moore and Joe Chapman the other four.

In the BJA Player of the Year voting, Watt again came second, but it was Rahmon Fletcher who finished third on this occasion.