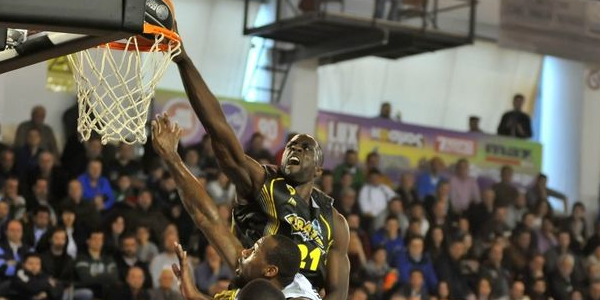 Check out our latest round-up looking at the British players in action overseas over the past seven days.

Luol Deng recorded a double-double of 17 points and 10 rebounds in a loss to Atlanta, before sitting out Miami’s defeat at home to San Antonio as the playoff hunt continues. Joel Freeland scored four points in back-to-back games as Portland split games against Phoenix and LA Clippers, although they have now clinched their playoff spot.

Pops Mensah-Bonsu helped AEK Athens (13-9) close the gap on the top four after his display of 16 points and 12 rebounds inspired a 93-77 home win against fourth-placed Aris (14-8). Ogo Adegboye contributed 8 points, 3 rebounds and three assists in the losing effort. Elsewhere in Greece, Justin Robinson netted 5-6 from beyond the arc in a 19-point haul to lead Kolossos (11-11) to a 94-87 victory.

Matthew Bryan-Amaning helped secure Soles’ place in the finals of the LNBP playoffs with 17 points in their 87-78 series-clinching win over the top seeds in Game 6. Ashley Hamilton finished the regular season in Ukraine on a high after flirting with a triple-double to guide his side to a 95-77 victory. The GB forward had a stat-line of 21 points, 11 rebounds and 7 assists as Cherkasy finished with a 15-15 record along with two other teams and will now play BC Kyiv in the Superleague playoff quarter-finals.

In Germany, Myles Hesson scored a team-high 18 points and also contributed 7 rebounds and 5 assists as Bremerhaven (8-20) were beaten 88-79 at Fraport Skyliners. Orlan Jackman produced a double-double of 17 points and 10 rebounds as Iserlohn opened up a 1-0 lead in their quarter-final series with Dresden in the Pro-B playoffs.

Check back each week for our round-up of Brits playing overseas! Leave your thoughts in the comments!