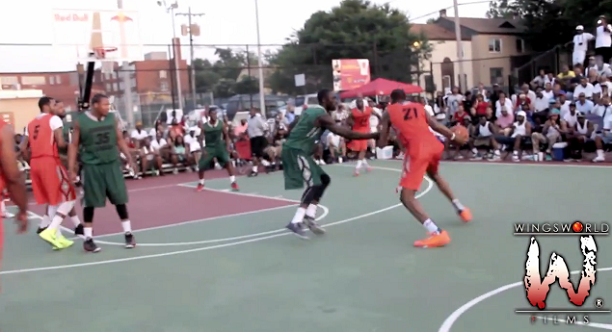 Word on the web is that GB star Pops Mensah-Bonsu was going up against NBA all-star Kevin Durant last night at the world famous Goodman League in Washington DC.

Pops, who has finished his season with Milano in Italy, spends a lot of time in Washington, where he attended college at George Washington University.

Of course, the footage that has appeared on YouTube is all of KD dropping buckets (see below), but despite KD getting the win, judging by a number of Tweets, Pops held his own:

Yessir my man pops gettin at KD a little

Pops n Hawkins almost got the W against KD

Pops Mensah Bonsu is lowkey strapping KD and I don't like it.